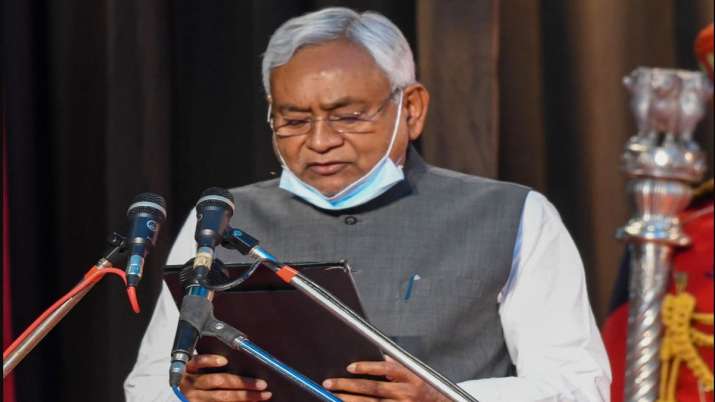 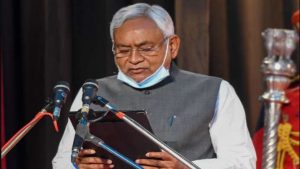 The Chief of Janata Dal (United), Nitish Kumar has taken an oath as the Chief Minister of Bihar and he will begin his 7th term on 16th November 2020. Bihar Governor Phagu Chauhan administered the oath of office and secrecy to Mr Kumar at Raj Bhavan in Patna. BJP legislature party leader Tarkishore Prasad and Deputy leader Renu Devi have been made the new Deputy Chief Ministers.

14 other ministers were also sworn in along with Mr Kumar. Out of them, seven are from BJP, five from JD (U) and one each from Vikassheel Insaan Party( VIP) and Hindustani Awam Morcha (HAM).