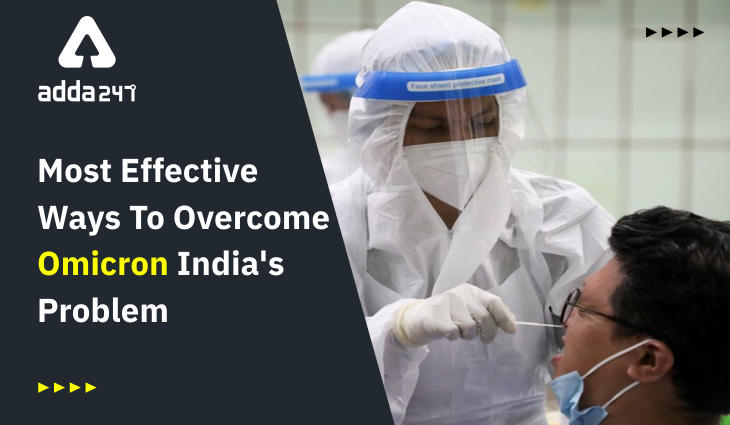 Journey of Omicron in India so far:

India detected its first Omicron case on December 2 in Karnataka and till now, the country has logged more than Six thousand cases of this virus. Before it was reported in India, Omicron cases had been found in 29 countries. As per the WHO, the first known confirmed B.1.1.529 infection was from a specimen collected on November 9 this year. On November 26, the WHO named the new COVID-19 variant B.1.1.529, which has been detected in South Africa, as ‘Omicron‘. The WHO has classified Omicron as a ‘variant of concern’.

Union Health Ministry was alerted after the two positive cases failed to match the Delta variant. Of the first two confirmed cases in the country, one is a 66-year-old man while the other is a 46-year-old health worker.

Case 1: The 66-year-old man is a South African national who received both the doses of COVID-19 vaccine. He travelled to Bengaluru with a COVID negative report on November 20 but was tested positive on arrival.

Case 2: The 46-year-old man is a doctor at a government hospital in Bengaluru with no travel history. He developed fever and complained of body ache on November 22 and was tested positive on November 22. noting the low CT value, his sample was sent for genome sequencing.

Some Important Facts about Omicron Virus:

Symptoms of the Omicron:

So far, there are no severe symptoms such as loss of smell or taste, high temperature or severely blocked nose in the new strain has been noted. All Omicron variant cases have mild symptoms which are as follows: