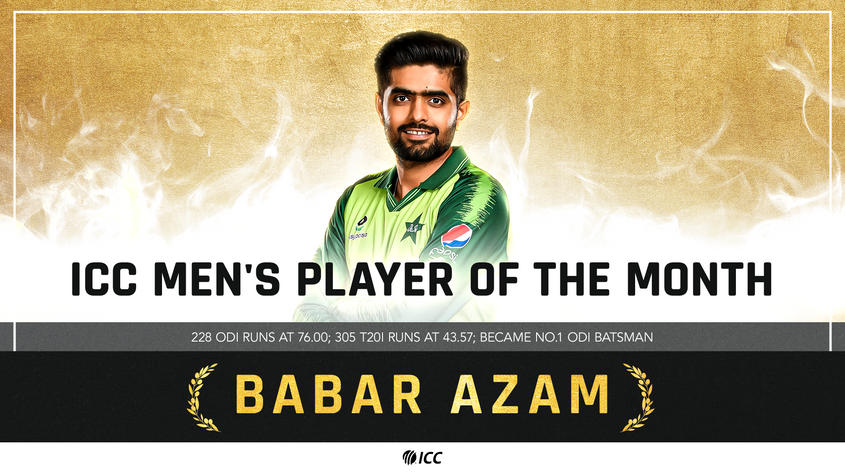 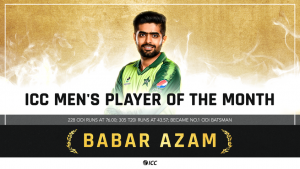 Pakistani skipper Babar Azam has been named the ICC Men’s Player of the Month for April 2021 for his consistent and stellar performances across all formats in the recently concluded series against South Africa. The ICC Player of the Month Awards recognise and celebrate the best performances from both male and female cricketers across all forms of international cricket throughout the year.

Along with Babar, Australian women’s team wicketkeeper-batsman Alyssa Healy also bagged the ICC Women’s Player of The Month accolade for her incredible performances during the month of April. Healy’s consistency with the bat has played a significant role in Australia’s dominance. Healy has shown her class in all conditions and against all types of bowling in the recent series against New Zealand.