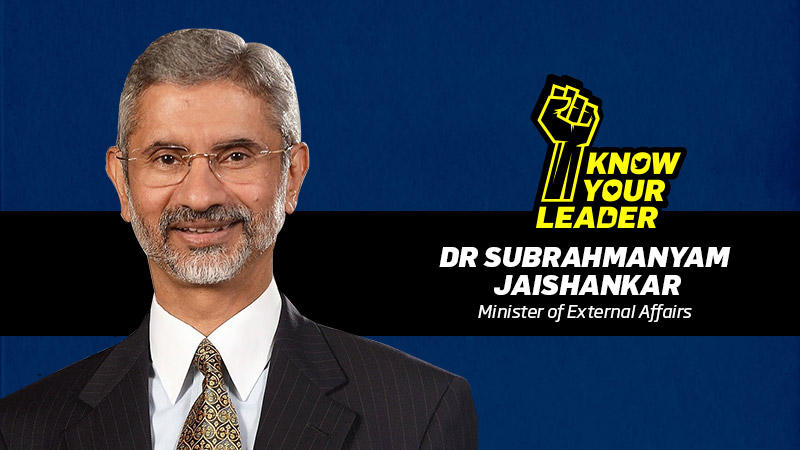 Subrahmanyam Jaishankar, a former diplomat who served as 31st Foreign Secretary of India between 28 January 2015 – 28 January 2018, was inducted into Narendra Modi’s cabinet as a Union Minister of External affairs in 2019. Prior to diving into Indian Political Sphere, he served as Indian Ambassador to the United States, China and the Czech Republic. In addition to this eminent portfolio, he also served as High Commissioner to Singapore (2007–09). Jaishankar also played a vital role in negotiating the Indo-US civilian nuclear agreement.

2015: Jaishankar was appointed as Foreign Secretary of India on 29 January 2015.

2013: Jaishankar was appointed as India’s Ambassador to United States in September 2013. He took charge on 23 December 2013 succeeding Nirupama Rao.

2012 :Jaishankar became India’s longest-serving ambassador to China, with a four and a half-year term.

2000: He was appointed India’s ambassador to the Czech Republic.

1991: He was the Director (East Europe) in the Ministry of External Affairs. Also, he served as press secretary and speechwriter for President of India Shankar Dayal Sharma.

1988: 1988 to 1990: he served in Sri Lanka as First Secretary and political adviser to the Indian Peacekeeping Force (IPKF).

1985: He was appointed as the first secretary at the Indian embassy in Washington, D.C.

1979:1979 to 1981: He served as third secretary and second secretary in the Indian mission to the Soviet Union in Moscow.

S. Jaishankar began education from The Air Force School and graduated in Chemistry from St. Stephen’s College at the University of Delhi. After that, he pursued M.A. in Political Science and an M.Phil. and PhD in International Relations from Jawaharlal Nehru University.

He is a son of K. Subrahmanyam who was a strategic affairs analyst, commentator, and civil servant and he himself is a graduate of St. Stephen’s College at the University of Delhi, and has an M.A. in Political Science and an M.Phil. and PhD in International Relations from Jawaharlal Nehru University (JNU), where he specialised in nuclear diplomacy. So, he can be considered as a qualified figure in foreign strategies.

‘The India Way: Strategies for an Uncertain World’. It is a book to browse through for an international relations update, dwell on ideas that present themselves and seem more suitable for discussions in the classrooms of the Foreign Policy Institute.