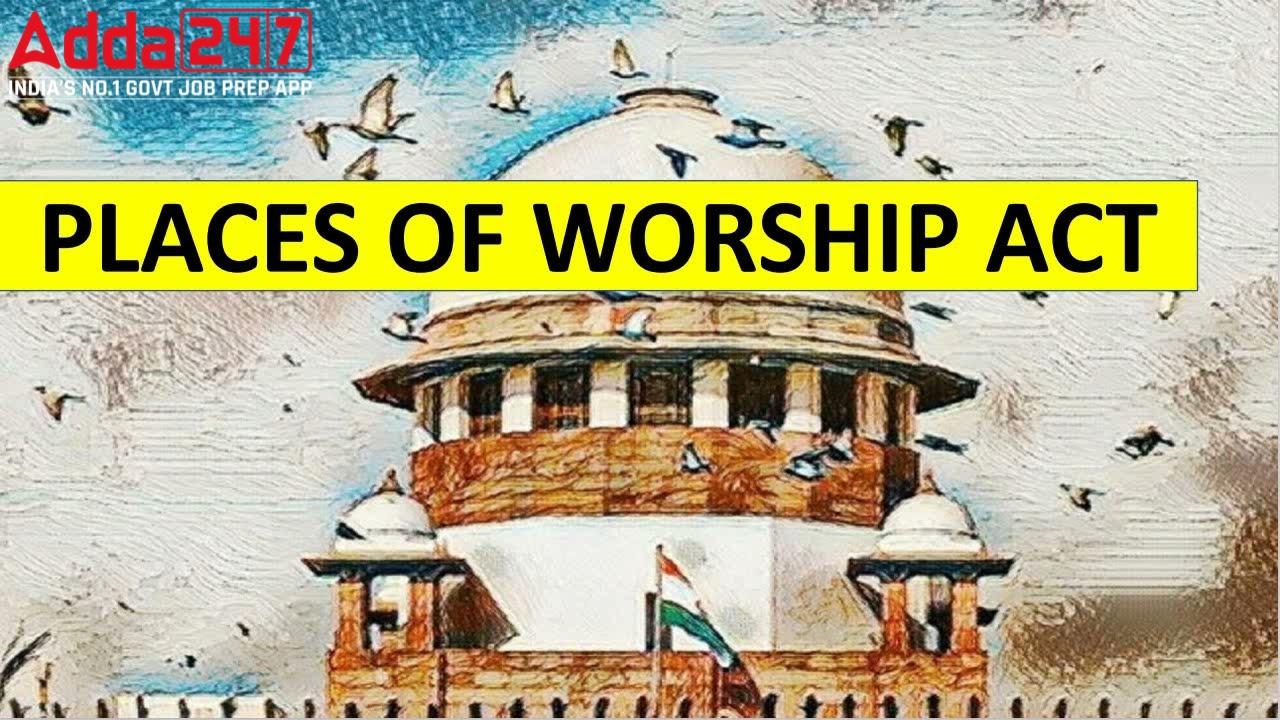 The Places of Worship Act 1991 was passed by parliament during the Ram Janmabhoomi movement. The Act was introduced to promote peace, harmony and brotherhood. The main objective of the Act is to maintain the religious character of any such place as it existed on the 15th day of August 1947 (at the time of Independence). The act prohibits conversion of any place of worship or changing the religious character of any place from its status at the time of Independence. The main purpose behind the Act was to check and control communal hatred and promote peace and harmony in the country. The 1991 Act covered all disputed sites to which religious groups had raised a claim. The Ram Janmabhoomi-Babri case was excluded from the provision of the Act. Section 4(2) of the Act says that any legal proceeding with respect to the conversion of the religious character of any place of worship existing on August 15, 1947, pending before any court, shall be dropped and no fresh suit or legal proceeding shall be initiated.

A representative of the erstwhile royal family of Kashi has approached the Supreme Court challenging the Places of Worship Act, 1992. The application by Maharaja Kumari Krishna Priya, daughter of the current titular head of the erstwhile royal family, and two others has contended that the 1992 Act is a “textbook instance of a legislation that was passed in the most undemocratic of manners possible, without any regard for fundamental rights of affected parties, in particular the right of formerly colonised indigenous communities to seek reclamation of occupied religious cum civilisational sites”. The plea filed through advocate J Sai Deepak urged the court to permit them to become parties in writ petitions already pending and listed for hearing before the SC, on the issue so that they can present their arguments in law.