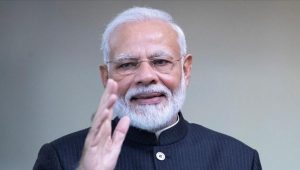 Time Magazine has released the TIME 100 Most Influential People List 2020. Prime Minister of India, Shri Narendra Modi is the only politician on the list. He has been named in this for the fourth time since coming in power in 2014. The List has named people in five categories: Pioneers, Artists, Leaders, Titans, Icons.

The following Indians have also been named in this list: