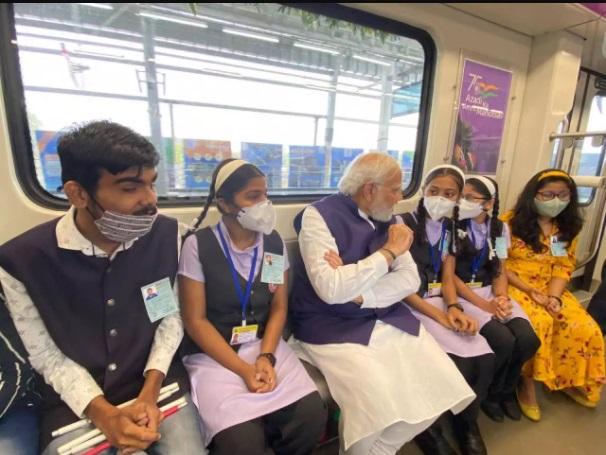 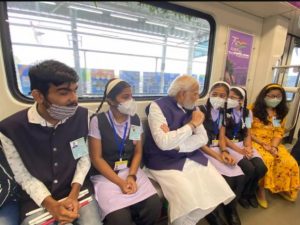 The Prime Minister of India, Narendra Modi has inaugurated Pune Metro Rail Project on March 06, 2022, and also interacted with differently-abled, visually impaired students present inside the metro coach, during his 10-minute ride in the Pune Metro. Pune Metro Rail Project has been built at a total cost of INR 11,420 Crore. It has a total length of 33.2 km and 30 stations.

Pune Metro is the first metro project in the country to have Aluminum body coaches, indigenously manufactured under the Make in India policy of GoI. PM Modi also unveiled the statue of Chhatrapati Shivaji Maharaj at the premises of the Pune Municipal Corporation (PMC) and laid the foundation stone and inaugurated multiple developmental projects in Pune.