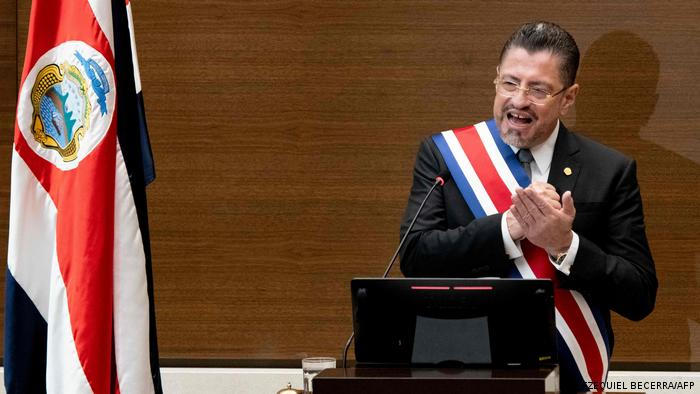 Rodrigo Chaves, Costa Rica’s new president, was sworn in, promising to tackle corruption and rebuild the country’s economy. Last month, he won a four-year term in a runoff against former President Jose Maria Figueres, who was also stained by a corruption investigation. During the first-round election in February, Chaves’ predecessor Carlos Alvarado’s party was nearly wiped out, earning no seats in the new Legislative Assembly. Chaves’ Social Democratic Progressive Party holds only ten of the legislature’s 57 seats, making him a surprise qualifier for the runoff after finishing fourth in the first round.

Chaves inherits an economy in decline, with mounting foreign debt (about 70% of GDP), a poverty rate of 23%, unemployment of nearly 14%, and government corruption. The COVID-19 epidemic impacted tourism, one of the country’s key economic drivers, hard, causes unemployment to skyrocket. Chaves previously promised to alter the terms of a $1.7 billion (€1.61 billion) loan agreement Costa Rica struck with the IMF.