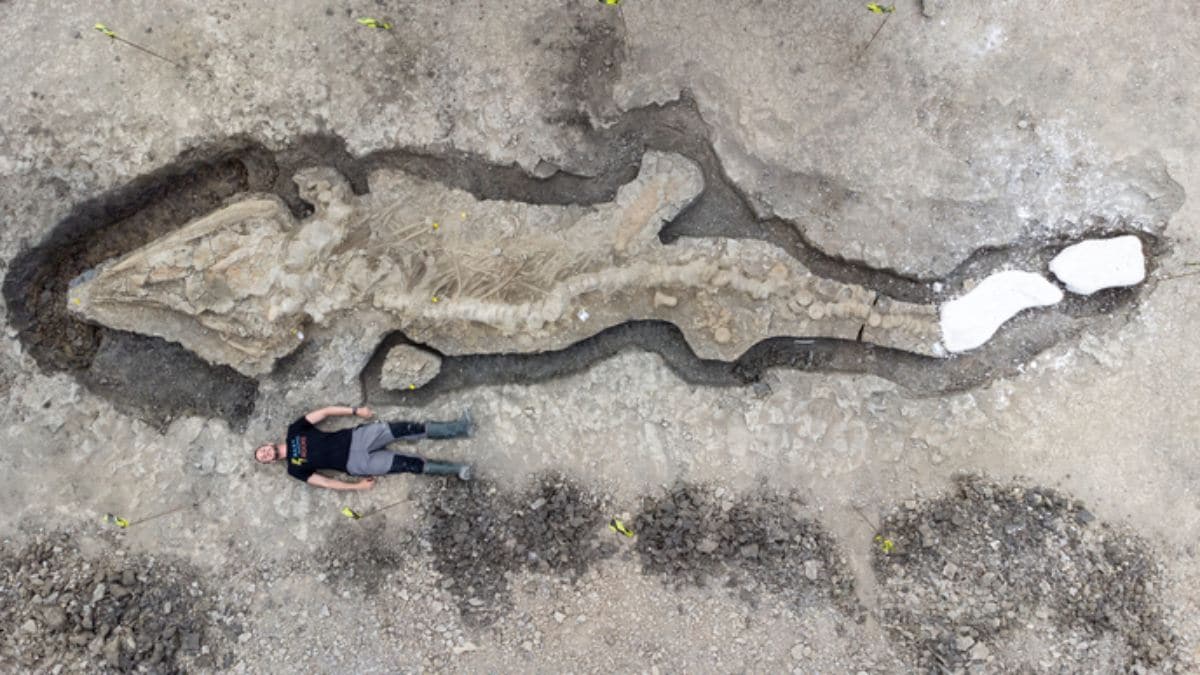 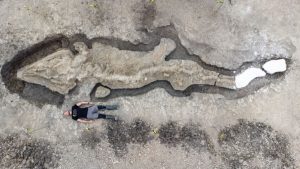 United Kingdom researchers have found colossal 180-million-year-old fossilised remains of an Ichthyosaur, popularly known as a ‘sea dragon’. The researchers show one of the most significant discoveries in the region as the fossil is the biggest and most complete skeleton of its kind found in the United Kingdom. Ichthyosaurs resembled dolphins in body shape and became extinct around 90 million years ago, after first appearing 250 million years ago.

How was this skeleton found?

Joe Davis of the Leicestershire and Rutland Wildlife Trust discovered it during the routine draining of a lagoon island at the Rutland Water reservoir in February 2021. The first ichthyosaurs, which are called sea dragons because they tend to have very large teeth and eyes, were discovered by the fossil hunter and palaeontologist Mary Anning in the early 19th century. The specimen is currently being treated by a specialist paleontological conservator, a process that will take 12-18 months.

Paul Barrett, Merit Researcher in the Earth Sciences Vertebrates and Anthropology Palaeobiology department at the Natural History Museum in London, said the Rutland ichthyosaur was “probably one of the largest fossil reptiles ever found, including dinosaurs.” Barrett was not involved in the find. Barrett, whose work has covered dinosaurs and other extinct reptiles including ichthyosaurs, said the find confirmed the “cosmopolitanism” of the species, which had previously mainly been known in Germany.