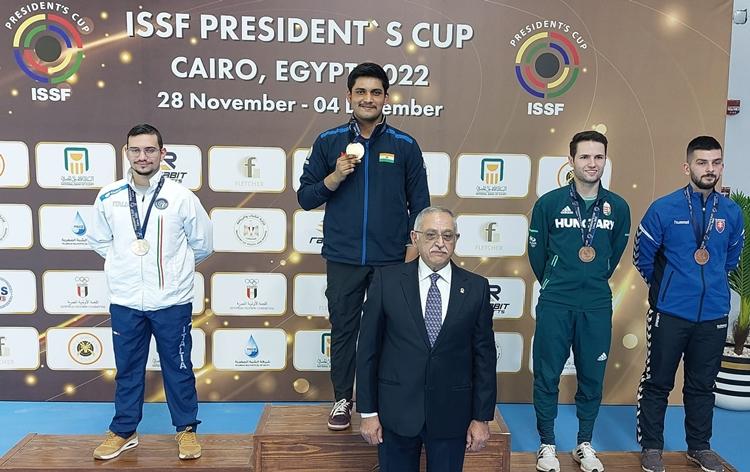 He defeated Italy’s Danilo Sollazzo in the 10-metre rifle play-off by 16-8. Athletes from 42 nations representing 43 ISSF Member Federations from all continents are taking part in this competition, which is being held since November 28.

What more has been Achieved:

“Rudranksh finishes 2022 with a bang TOP Scheme Athlete RudrankkshP wins the ISSF President’s Cup after thumping Sollazo 16-8 in the 10m Rifle play-off Congratulations champ, all of India is proud of you,” said SAI Media.

About The Previous Achievement: