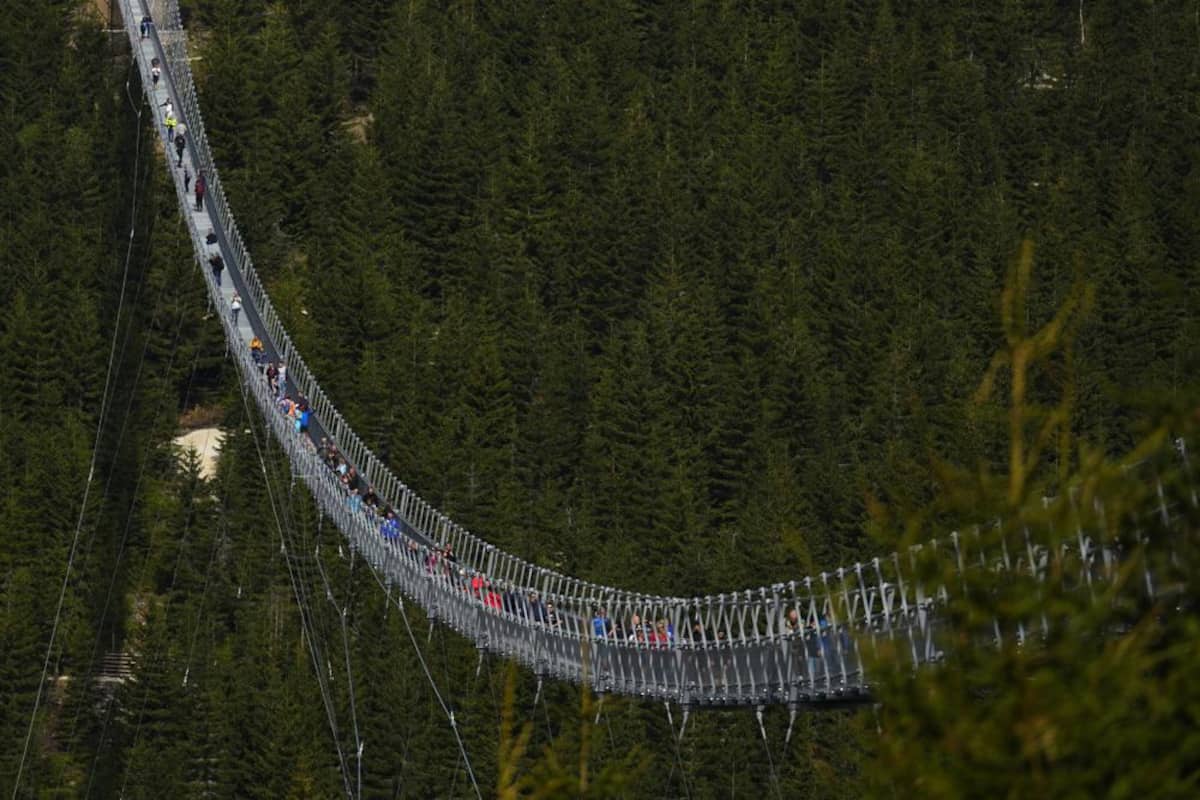 The world’s largest suspension bridge has opened to travellers in the Czech Republic. The bridge, which had been under construction for nearly two years, was officially opened. Sky Bridge 721 is the name given to it. The promenade promises both beautiful views of the cloud-shrouded Jesenky mountains and an exhilarating, but slightly dangerous experience.

The Czech Republic, sometimes known as Czechia, is a landlocked Central European country. It is bordered to the south by Austria, to the west by Germany, to the northeast by Poland, and to the southeast by Slovakia. The Czech Republic has a hilly environment with a largely temperate continental and oceanic climate that covers an area of 78,871 square kilometres (30,452 square miles). Prague is the capital and largest city, with Brno, Ostrava, Plze, and Liberec as prominent cities and urban regions.