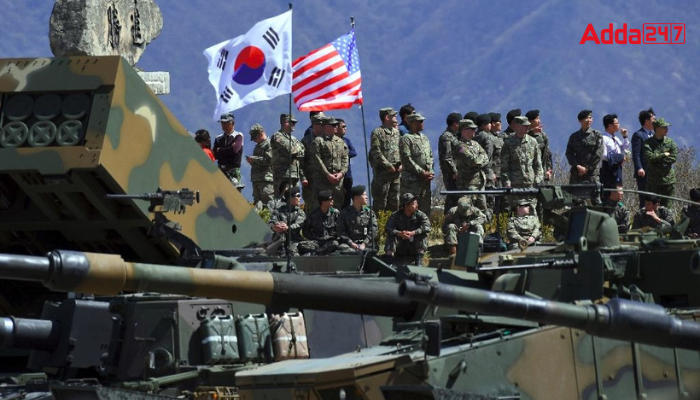 South Korea and the United States began their largest joint military drills in years with a resumption of field training. This year, the annual summertime exercise has been renamed ‘Ulchi Freedom Shield’ and it is scheduled to end on 1st September 2022. South Korean President Yoon Suk-yeol has vowed to normalize the combined exercises and boost deterrence against the North. South Korea has separately started or launched the four-day Ulchi Civil Defence Drills, which is specially designed to boost the government readiness for the first time after the Coronavirus pandemic occurred.

The government aims to improve the preparedness of the country to match the changing war pattern with the help of these civil and military exercises. These military exercises will also help in preparing the country against the threats against key facilities such as chip factories and supply chains.

After South Korea and the United States started with the preliminary training for exercise, last week, North Korea cruised two missiles from the western coast. The Defence Ministry of Seoul announced that the Allies would stage a total of 11 field training programs which includes one at the brigade level involving thousands of soldiers. North Korea is growing while targeting South Korea’s Capital city with missiles, these military exercises will help in increasing and improving the capability of detection of missiles.