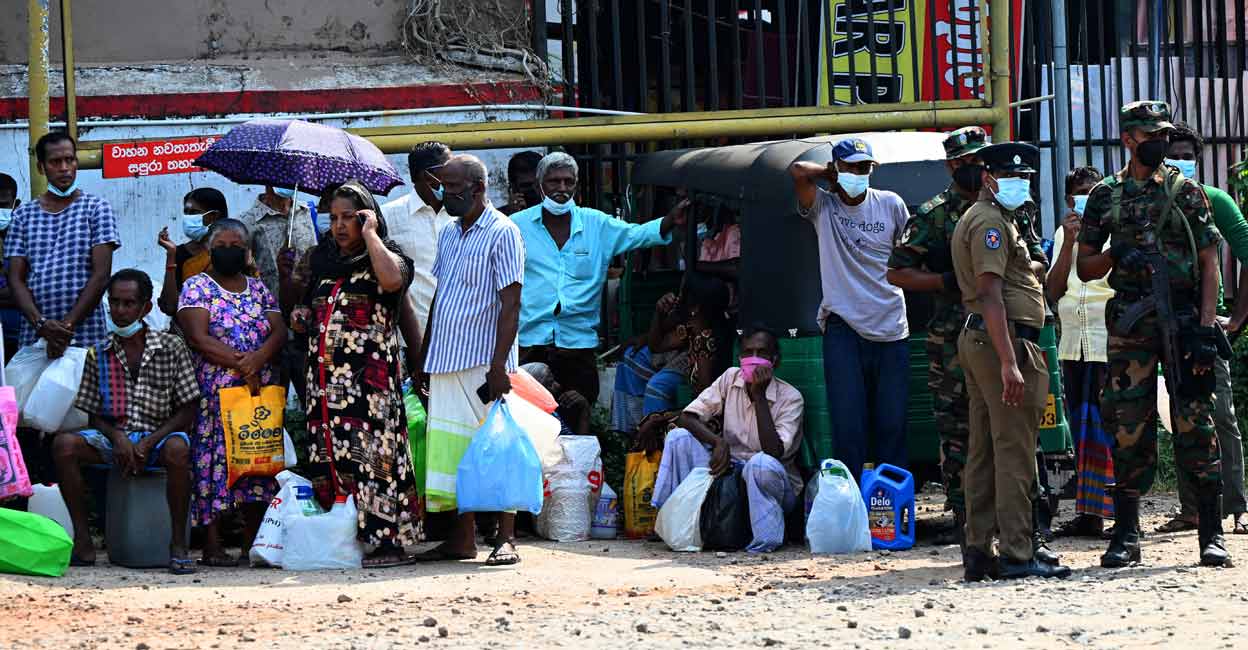 Anger over Sri Lankan President Gotabaya Rajapaksa’s handling of the island nation’s mounting economic crisis degenerated into violence, with hundreds of protestors clashing with police for several hours. Due to a significant lack of foreign money, Rajapaksa’s government has been unable to pay for basic imports, like as fuel, resulting in power outages lasting up to 13 hours. After the country depreciated its currency last month ahead of talks with the International Monetary Fund (IMF) for a loan programme, ordinary Sri Lankans are also suffering with shortages and rising inflation.

The decision by the Rajapaksa government to ban all chemical fertilisers in 2021, which was later reversed, harmed the country’s farm economy and resulted in a decline in the key rice production.

The country now has only $2.31 billion in reserves, but has $4 billion in debt obligations due in 2022, including a $1 billion international sovereign bond (ISB) due in July. The Asian Development Bank, Japan, and China are among the other main lenders, with ISBs accounting for the highest share of Sri Lanka’s foreign debt at $12.55 billion.

Citi Research said in a note late last month that the IMF report’s conclusion and the government’s recent efforts were insufficient to restore debt sustainability, implying that debt restructuring is required.

Despite mounting concerns, Rajapaksa’s administration and the Central Bank of Sri Lanka (CBSL) have rebuffed requests from experts and opposition leaders to seek IMF assistance. However, with rising oil prices in the aftermath of Russia’s invasion of Ukraine in late February, the administration devised a strategy to approach the IMF in April.

Rajapaksa has also sought aid from China and India, particularly in the area of petroleum. On Saturday, a fuel cargo is anticipated to arrive under a $500 million credit line inked with India in February. Sri Lanka and India have agreed to a $1 billion credit line for basic imports such as food and medicine, and the Rajapaksa government has asked New Delhi for at least another $1 billion.

China is considering offering the CBSL a $1.5 billion credit facility and a separate loan of up to $1 billion after supplying the government with a $1.5 billion swap and a $1.3 billion syndicated loan.