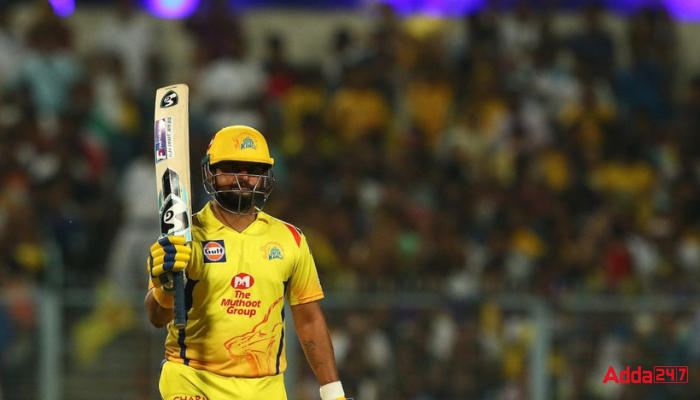 Suresh Raina, the former Indian Batsman, announced his retirement from the Indian Premier League (IPL). Suresh Raina was not retained by Chennai Super Kings, nor he was picked by any team in IPL 2022 mega audition this year. He has been playing for CSK and has given commendable performance in the history of IPL. Raina smashed 5528 runs at an average of 32.5 and a strike rate of 136.7 in IPL 2015. Raina will also not play any domestic cricket tournament from now. In 2019, Raina retired from International Cricket on the same day as MS Dhoni, on 15th August 2020.

Suresh Raina was born in Muradnagar of Uttar Pradesh on 27th November 1986. He was born in a Kashmiri Pandit family to parents from Rainawari, Srinagar district of Jammu and Kashmir. He completed his schooling at a boarding school and took admitted to Guru Gobin Singh Sports College in Lucknow. He recently received an honorary doctorate from Vels University.

Suresh Raina’s father Trilokchandra Raina was a military officer. In the 1990s, his family left Rainawari in Jammu Kashmir after the increasing tension related to an exodus of Kashmiri Hindus. They settled in Ghaziabad, Uttar Pradesh.

In 2000, Suresh Raina decided to play cricket and attended the Guru Gobin Singh Sports College, Lucknow. He became the Captain of the Uttar Pradesh U-16 team. He made his Ranji Trophy debut for Uttar Pradesh in 2003, against Assam. Suresh Raina toured Pakistan for the U-19 Asian ODI Championship in 2003, before getting selected for the 2004 U-19 World Cup. He scores three centuries, including 90 runs in 38 balls. He received a Border-Gavaskar scholarship to train at the Australian Cricket Academy. In 2005, he made his first-class limited over debut and scored 645 runs in that season with an average of 53.75.

Suresh Raina was one of the best fielders on the Indian Cricket Team. In the semifinals of World Cup 2011, Suresh Raina scored 36 runs not out, contributing a good number of runs to India’s final score. In August 2020, he announced his retirement from all formats of International Cricket.

In IPL 2010, he was awarded the ‘best fielder’ by the BCCI. He also became the fourth player in the history of IPL to play 200 matches after MS Dhoni, Rohit Sharma, and Dinesh Karthik.

2. What is Suresh Raina’s name in IPL?
Ans. Suresh Raina is also referred to as ‘Mr. IPL’.

3. When did Suresh Raina retire from IPL?
Ans. Suresh Raina announced his retirement from IPL on 6th September 2022.

When was Suresh Raina born?

What is Suresh Raina's name in IPL?

Suresh Raina is also referred to as 'Mr. IPL'.

When did Suresh Raina retire from IPL?

Suresh Raina announced his retirement from IPL on 6th September 2022.