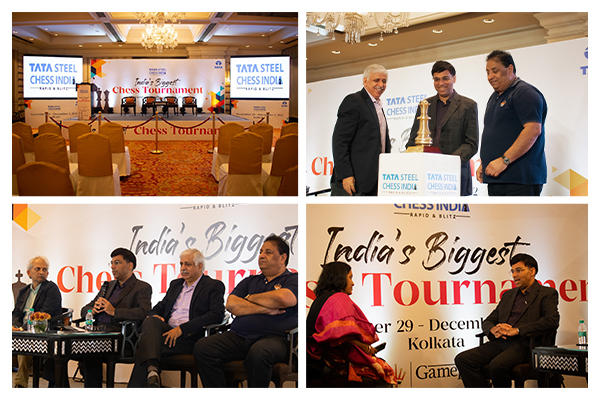 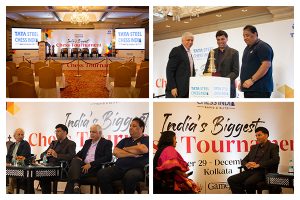 The 4th edition of the Tata Steel Chess India tournament will be held in Kolkata from November 29 to December 4, 2022. For the first time, a separate women’s section has been added in the tournament, which had only the Open section so far. Tata Steel Chess India (rapid and blitz) is one of the most important chess tournaments in India. Top Indian female players like Koneru Humpy, D Harika, and R Vaishali will compete in the maiden women’s edition.

Top International Grandmasters, top Indian men and women Grandmasters, young Indian talents and Viswanathan Anand as the ambassador and advisor of the tournament will enrich this year’s competition. For the first time in the history of the game, the prize fund for both the men’s and women’s categories will be equal.

World-class chess came to Kolkata in the form of the first inaugural Tata Steel Chess India tournament in November 2018. In 2019, World Champion Magnus Carlsen won both Rapid and Blitz in his usual magnificent fashion, while the other super GMs wowed chess enthusiasts with their precision power play. Tata Steel has a long-standing association with chess and cherishes the global standing Tata Steel Chess Tournament in Wijk Ann Zee has acquired over the years. In its previous editions, Tata Steel Chess India has already become a sought-after tournament in professional chess and the endeavour is to make this even bigger and better in the years to come.