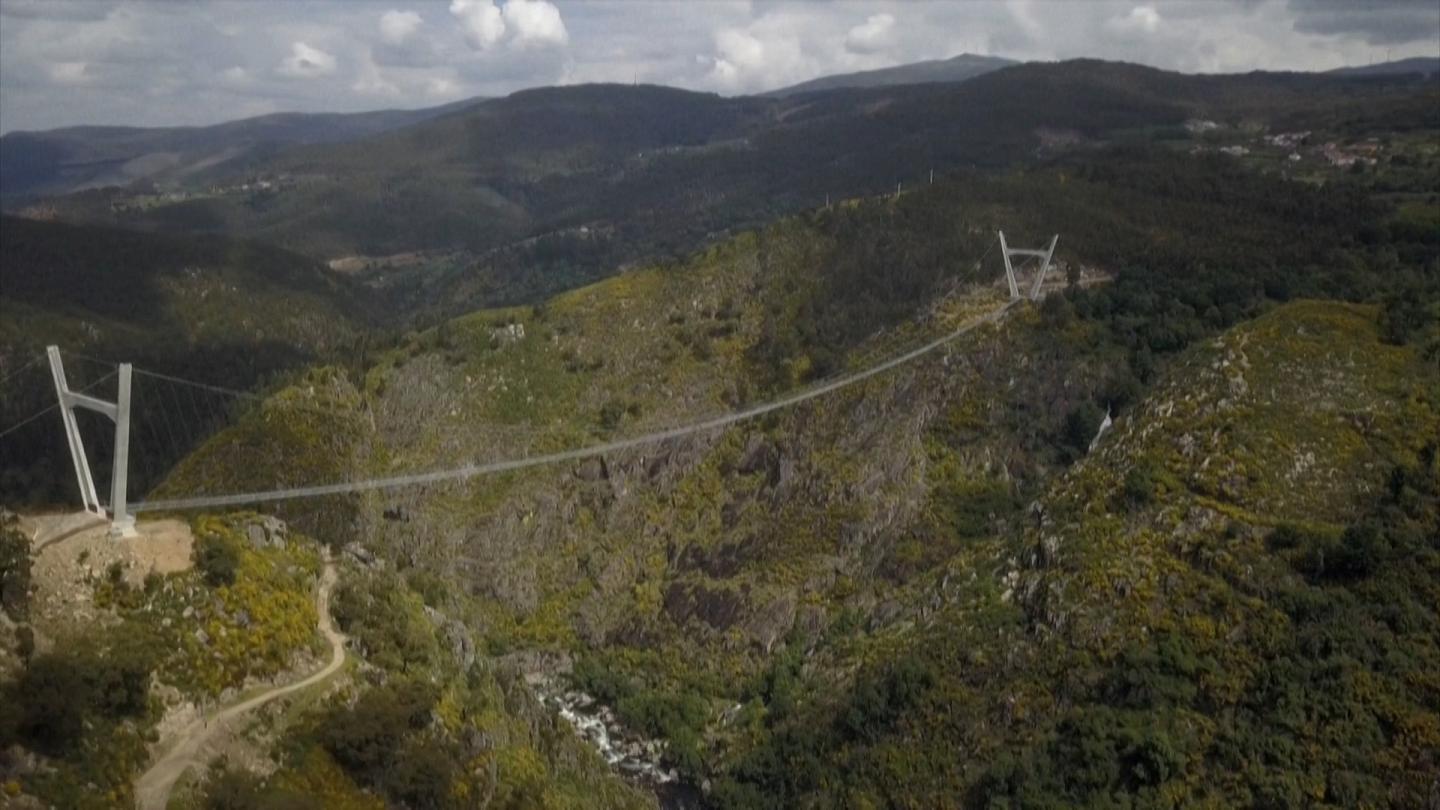 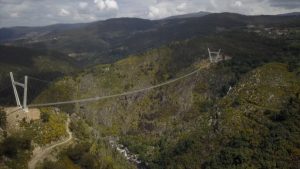 The world’s longest pedestrian suspension bridge named “Arouca” was opened in Portugal, according to a press release by UNESCO’s Arouca World Geopark. The Arouca Bridge offers a half-kilometre (almost 1,700-foot) walk across its span, along a metal walkway suspended from cables. Some 175 meters (574 feet) below, the Paiva River flows through a waterfall.

The bridge hangs on steel cables strung between V-shaped concrete towers and connects the banks of the Paiva River. The record-breaking bridge took several years to build and was designed by Portuguese studio Itecons. It was constructed by Conduril and cost about $2.8 million (2.3 million euros).