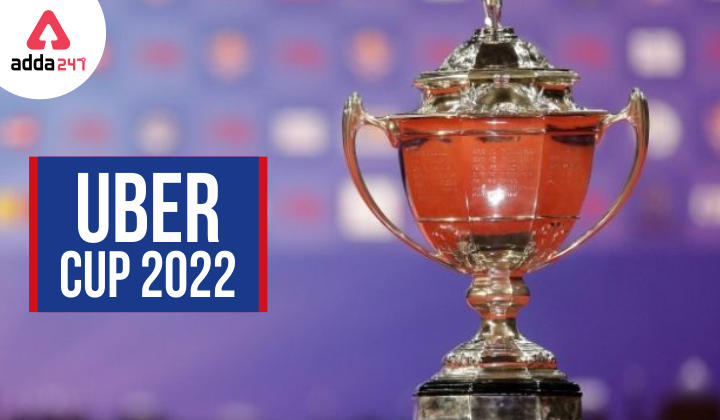 Total Engines BWF Thomas and Uber Cup finals 2022 also known as Thomas and Uber Cup 2022 is the 32nd edition of the Thomas Cup and 29th edition of the Uber Cup. Uber Cup is also known as the world women’s team championship. It is an international badminton competition played by women’s national badminton teams. The first Uber Cup was held between 1956 and 1957. Uber Cup was contested every 3 years and now it is contested every 2 years since 1984 after the times and venues were merged with Thomas Cup. The Uber Cup is named after former British women’s badminton player Betty Uber, who generated the idea of hosting a woman’s event in 1950. Uber cup and Thomas Cup follow the same format.

Since the Uber cup and Thomas Cup are merged, this year Thomas Uber Cup took place from 8 May 2022 to 15th May 2022 in Bangkok, Thailand. The host for Thomas Uber Cup 2022 was Bangkok. Bangkok has been named as the host in November 2018 during the BWF council meeting in Kuala Lumpur Malaysia. BWF has announced that Bangkok will be the host of 18 major events including the Thomas and Uber Cup, Sudirman Cup, BWF world championship, BWF world junior championship, and BWF world senior Championship from 2019 to 2015.

India exited Uber Cup 2022 after losing the quarter-finals tie with the host team Thailand by 0-3. The match was held on 12th May 2022 and India was not able to qualify for the quarter-final tiebreaker. The Indian team for Uber Cup was led by PV Sindhu and she was the biggest hope for India. PV Sindhu did not give the team the desired outcomes and lost to Ratchanok Intanon in 3 games.

In the Thomas Cup Indian men’s badminton team beats the 14 times champion Indonesia and create history by winning Thomas and Uber Cup 2022 on 15th May 2022. In the first match, Lakshya Sen defeated Anthony Ying with 8-12, 21-17, and 21-16 points. This was the first lead for India in the tie. This boosted the confidence of the team and Satwiksairaj Rankireddy and Chirag Shetty played the men’s double and won the match too. They played the match against Mohammad Ahsan and Kevin Sanjaya Sukomuljo with 18-22, 23-21, and 21-19. This gave India a lead of two points and the Thomas Cup. All the expectations were now on Kidambi Srikanth, who played against Jonatan Christie. This game also went in India’s favor with 21-15, and 23-21 points and gave India the first-ever historic win in Thomas Cup Championship. This makes India the only 6th nation ever to win the prestigious prize of the Thomas Cup.

Q1. Where can I watch Thomas and Uber Cup 2022?
Ans. All the Indian badminton fans can stream the Thomas Uber Cup 2022 on Voot select or they can enjoy live streaming of the tournament on BETV after paying subscription fees.

Q3. Has India ever won the Uber cup?
Ans. India won the Thomas over Cup 2020 for the first time in its history.

All the Indian badminton fans can stream the Thomas Uber Cup 2022 on Voot select or they can enjoy live streaming of the tournament on BETV after paying subscription fees.

India is the winner of the Thomas Cup 2022

Has India ever won the Uber cup?

India won the Thomas over Cup 2020 for the first time in its history.