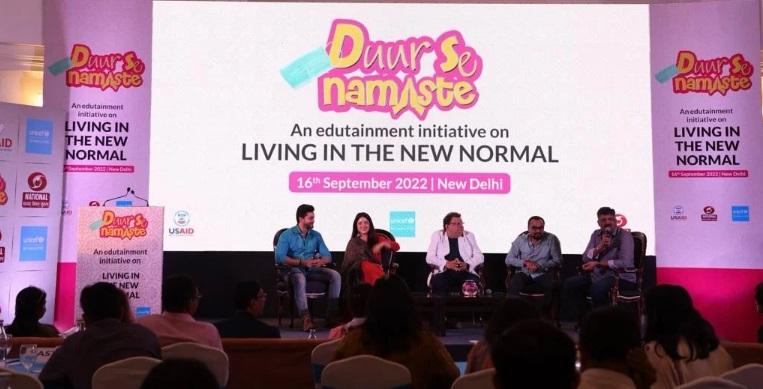 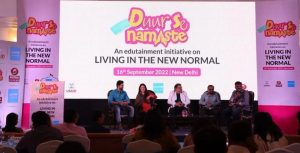 The US Agency for International Development and UNICEF launched the Doordarshan and YouTube series titled “Door Se Namaste” at a function held in New Delhi. A theatrical film on Duur Se Namaste was screened at the event, taking the audience through the main story, and showing how the messages of vaccine promotion and COVID-19 Appropriate Behaviour (CAB) have been interwoven in the entertainment education series.

About the Door Se Namaste series:

Ankit Raizada: Ankit is the main lead of Duur Se Namaste. A popular television actor, who has worked on shows like Jodha Akbar and Yeh Rishta Kya Kehlata Hai. Ankitt plays Vishu, a COVID hero in the series, who helps his neighbours with their challenges and problems and works as a volunteer for the elderly and infected during the peak of the pandemic.