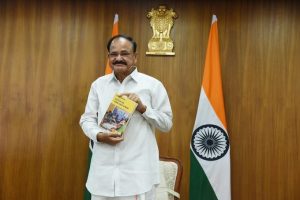 Vice President of India, Venkaiah Naidu has released “The State of Young Child in India” report. The report was prepared by a policy advocacy organization, Mobile Creches. The report measured Health and Nutrition in the country.

According to the report, there 159 million children aged below 6 years in India out of the 21 per cent are undernourished, 36 per cent are underweight and 38 per cent do not receive full immunization. According to the analysis on expense towards child nutrition, healthcare, education and other protection services, India has spent Rs 1,723 per child in 2018-2019, which is insufficient to reach the entire eligible population.

The Young Child Outcomes Index (YCOI) measures health, nutrition and cognitive growth with help of indicators such as infant mortality rate, stunting and net attendance at the primary school level. Based on the index, eight states have scored below the country’s average. They are Assam, Meghalaya, Rajasthan, Chhattisgarh, Madhya Pradesh, Jharkhand, Uttar Pradesh and Bihar. The index was constructed for two time periods 2005-2006 & 2015-2016 to provide inter-state comparisons and also provides an idea of change over time.