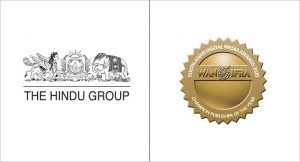 The Hindu Group won two golds and two silvers at South Asian Digital Media Awards given by WAN IFRA (World Association of News Publishers), culminating in being named ‘Champion Publisher of the Year’, owing to the highest tally on the points table. The awards are presented in recognition of outstanding work done by news publishers, in digital media. The winners were honoured virtually at the Digital Media India 2021 Conference held on March 3, 2021.