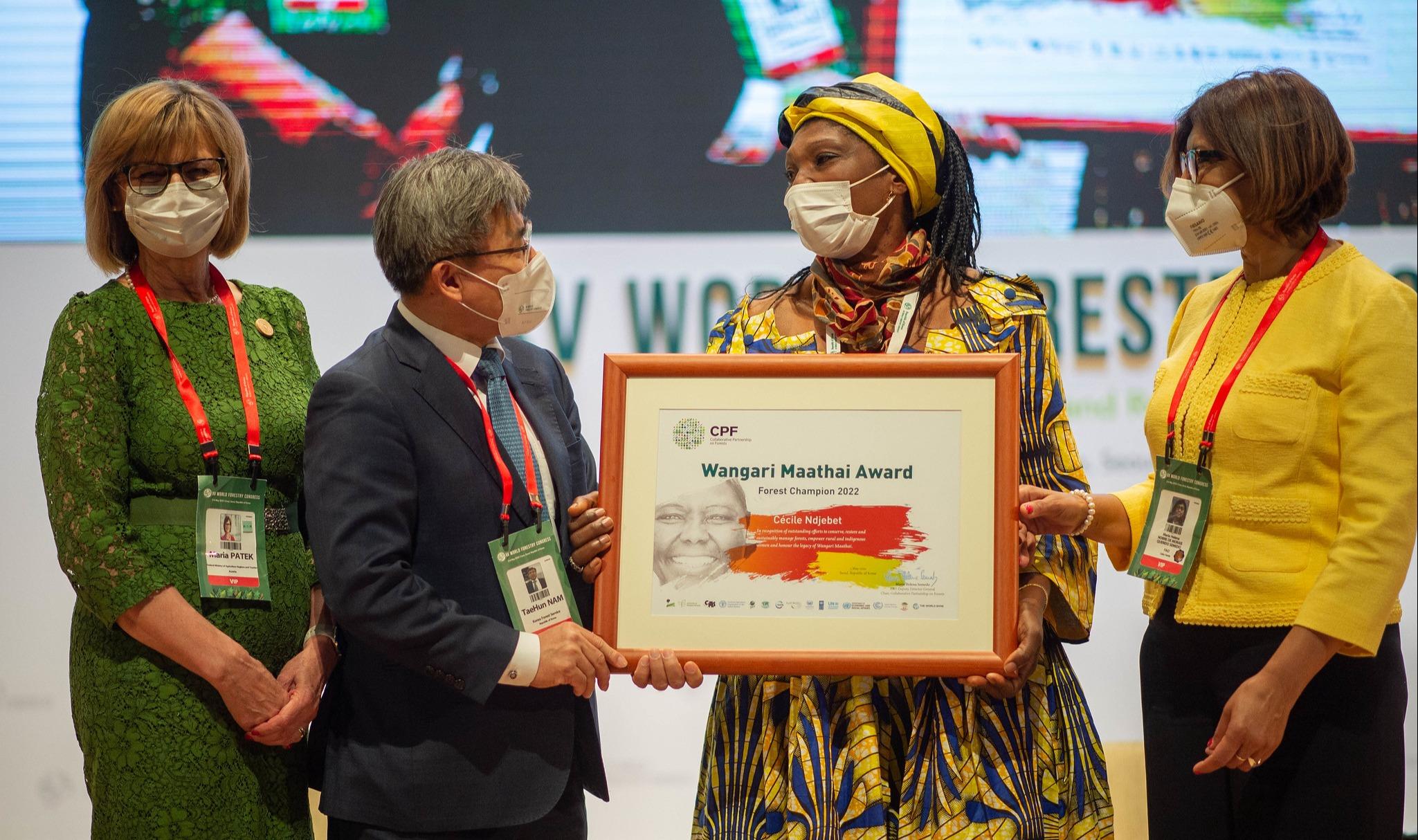 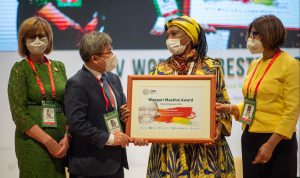 Cameroon Activist, Cécile Ndjebet has won the 2022 Wangari Maathai Forest Champions Award in recognition of her outstanding contribution to preserving forests and improving the lives of people who depend on them. This award celebrates Cécile Ndjebet’s energy and dedication over three decades to promoting women’s rights to land and forests. She has actively shown that women’s participation in forest governance and preservation is fundamental to achieving sustainable forest management.

Ndjebet has tirelessly promoted the concept that women should be involved in forest management and have equal rights to forest land and resources – and that when they do, forests are better preserved and entire communities benefit.

The award was presented by the Collaborative Partnership on Forests (CPF), which is chaired by the Food and Agriculture Organization of the United Nations (FAO), the award was conferred at a ceremony during the XV World Forestry Congress in Seoul, the Republic of Korea.