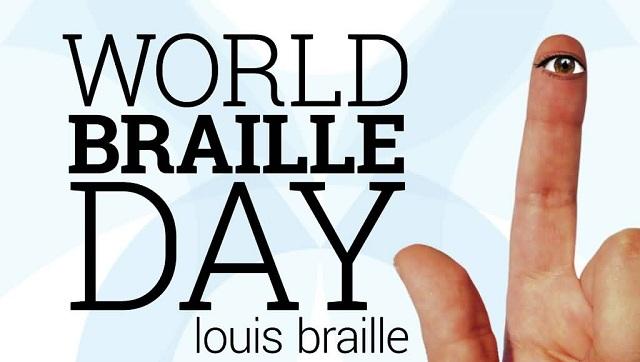 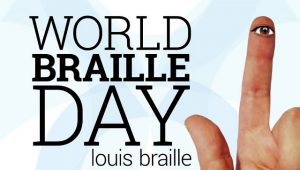 World Braille Day is observed globally on 4th January since 2019. The day is celebrated to raise awareness of the importance of Braille as a means of communication in the full realization of the human rights for blind and partially sighted people. The day is marked remembering the birth anniversary of Louis Braille, the inventor of Braille – for people with visual disabilities. Louis Braille was born on 4th January 1809 in the town of Coupvray in northern France.

Braille is a tactile representation of alphabetic and numerical symbols using six dots to represent each letter and number, and even musical, mathematical and scientific symbols. Braille (named after its inventor in 19th century France, Louis Braille) is used by blind and partially sighted people to read the same books and periodicals as those printed in a visual font.

Braille is essential in the context of education, freedom of expression and opinion, as well as social inclusion, as reflected in article 2 of the Convention on the Rights of Persons with Disabilities.