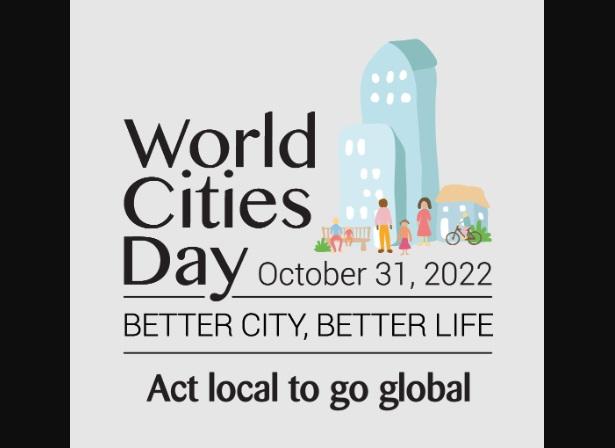 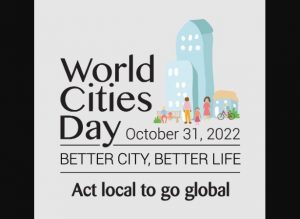 World Cities Day brings Urban October to an end on 31st October each year and was first celebrated in 2014. As with World Habitat Day, a global observance is held in a different city each year and the day focuses on a specific theme. A different city hosts the event each year. This year’s global observance is planned in Shanghai, China under the theme “Act Local to Go Global.”

Urbanisation is a marker of national economic growth. Such development, however, faces social, economic, demographic and environmental challenges. Some of the most visible challenges to rapid urbanisation are displacement of original inhabitants, felling of trees, animals losing their habitats, issues of healthcare, food supply and pollution. World Cities Day helps address these challenges by bringing together all stakeholders of local and global urban development.

The UN-Habitat programme, established the following year, promotes the development of sustainable cities in line with SDG 11 goals. It conducts the annual Urban October programme for this purpose which begins on the first Monday of the month and ends on October 31, with World Cities Day.