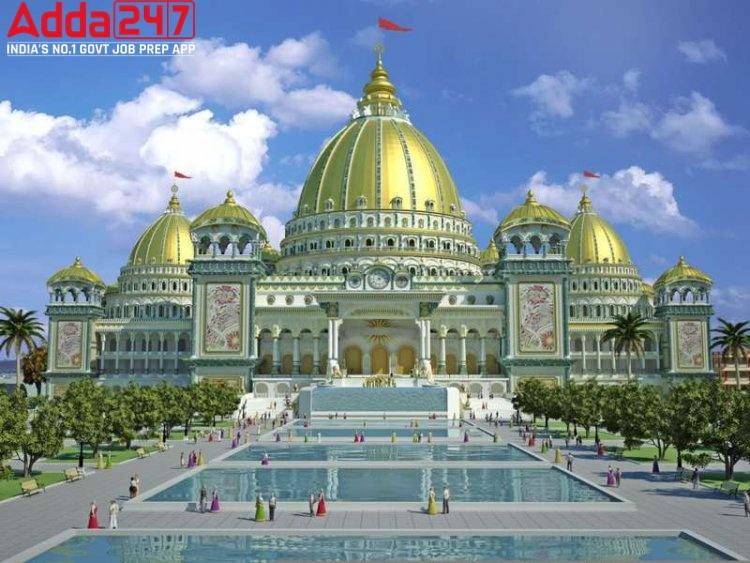 The world’s largest religious monument is expected to cost $100 million and replace Cambodia’s 400-acre-large Angkor Wat temple complex. In addition to becoming the largest religious monument in the world, the Temple of Vedic Planetarium in West Bengal, which will serve as the headquarters of the International Society of Krishna Consciousness (ISKCON), will also have the world’s biggest dome. The Vedic Planetarium will offer guests a tour of the various parts of the cosmic creation.

How Big It Is:

The Temple of Vedic Planetarium is in West Bengal’s Mayapur in Nadia district and, once completed, it will be larger than the Taj Mahal and St. Paul’s Cathedral in the Vatican. The temple will open in 2024, following a two-year delay brought on by the COVID-19 pandemic. It will purportedly replace Cambodia’s 400-acre-large Angkor Wat temple complex as the largest religious monument. The Temple of Vedic Planetarium is ISKCON founder Srila Prabhupada’s vision and is apparently inspired by the design of the Capitol building in the United States. Srila Prabhupada stated his preference for the temple’s exterior style in July of 1976.

The Cost Of It:

The head of this massive undertaking is Alfred Ford, the great-grandson of renowned businessman Henry Ford and the future owner of Ford Motor Company. He changed his name to Ambarish Das in 1975 after joining ISKCON. He gave $30 million for the infrastructure after becoming fully committed to Prabhupada’s idea of converting Mayapur into the home of ISKCON. The Vedic Planetarium has a massive rotating model that illustrates how the planetary systems move as they are described in holy books like the Bhagavad Puraaṇ. There are also explanations and exhibits that show how these movements relate to the world that is visible to humans. The temple’s construction began in 2010, and it is expected to cost $100 million. On each of its storeys, the temple can accommodate 10,000 devotees who can pray, sing, and even dance in front of Lord Krishna in accordance with ISKCON temple custom.

The International Society for Krishna Consciousness (ISKCON) is a branch of the monotheistic Gaudiya Vaishnava tradition within Hinduism dating back 5000 years to Lord Krishna Himself. ISKCON was established in the West in 1966 by His Divine Grace A.C. Bhaktivedanta Swami Prabhupada (Srila Prabhupada) and has since developed into a worldwide confederation of over 500 temples, centers, communities, schools, and restaurants with some 250,000 devotees. The mission of this nonsectarian, monotheistic movement is to promote the well-being of society by teaching the science of Krishna consciousness according to Bhagavad-gita and other ancient scriptures. Just as the sun is known by many names in different parts of the world, “ISKCON,” “Krishna consciousness,” and “Krishna” Himself are non-sectarian and non-denominational terms which refer to the worship of God, the Supreme Person. Anyone, anywhere can practice Krishna consciousness and become a “fan” or member of ISKCON. You do not need to change your religion to adopt the practices of Krishna consciousness—such as chanting God’s names.