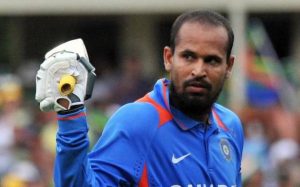 Former India all-rounder, Yusuf Pathan has announced his retirement from all formats of cricket. He played 57 ODIs and 22 T20Is for India since making his international debut in 2007. He was part of the Indian team that won the ICC T20 World Cup 2007 and ICC Cricket World Cup 2011. He scored 810 ODI runs and 236 T20I runs for India. He also picked up 46 wickets in limited-overs international cricket.

Yusuf played 100 first-class matches, scoring 4825 runs and picking up 201 wickets. In List A cricket, the right-handed batsman accumulated 4797 runs and got 124 wickets from 199 matches. He last played for India in an ODI against South Africa at Johannesburg in March 2012.