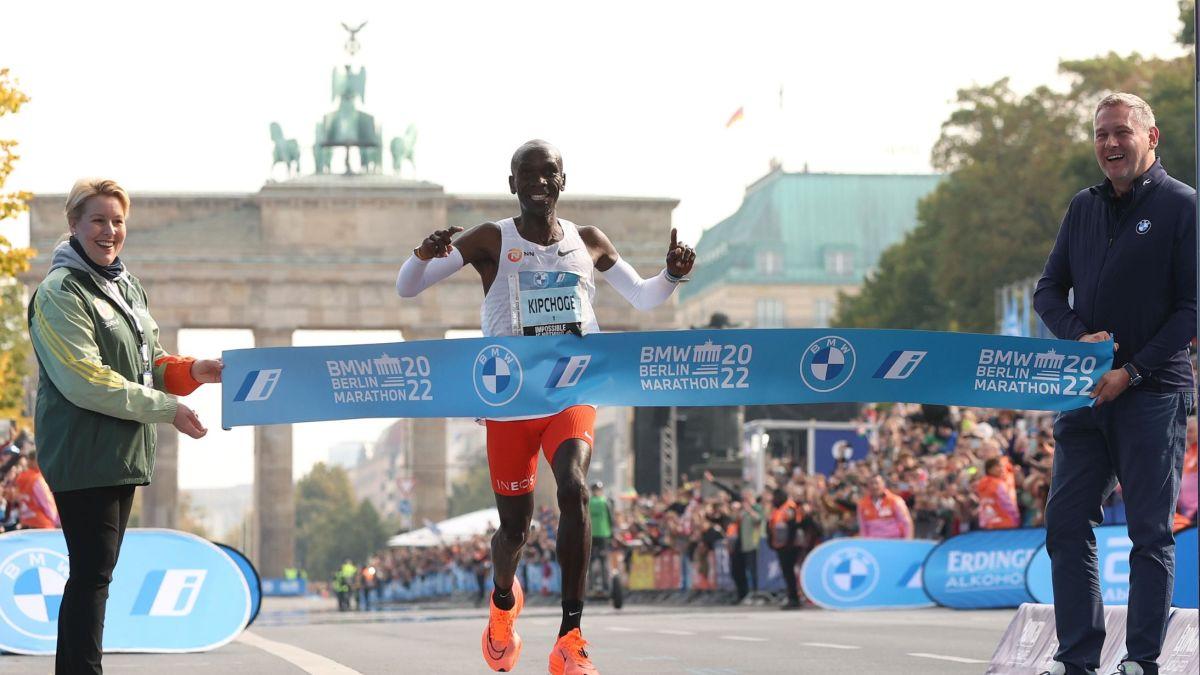 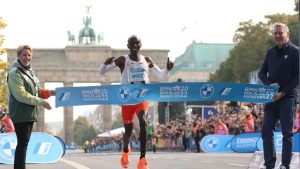 Eliud Kipchoge shattered his own world record on 25 September, with a time of 2:01:09 to win the Berlin marathon. It’s the second time the Kenyan runner has set the official men’s world record at the race in the German capital. Kipchoge’s previous best in an official 42.2km race was 2:01:39 set on the same course in 2018. Ethiopia’s Tigist Assefa won the women’s race in a course record of 2:15:37, the third fastest time in history.

About the Eliud Kipchoge:

Kipchoge has long been dubbed the world’s best marathon runner. In 2019, he ran a marathon in Vienna in under two hours, a milestone long thought impossible. The result wasn’t official because he ran it under laboratory conditions, but the result made him an icon in and outside the running world. Kipchoge’s world record run in Berlin was so dominant that, after he crossed the finish line, he had time to hug his trainer, friends, pose for photos, and wave the Kenyan flag before the second-place runner finished, four minutes and 49 seconds later.