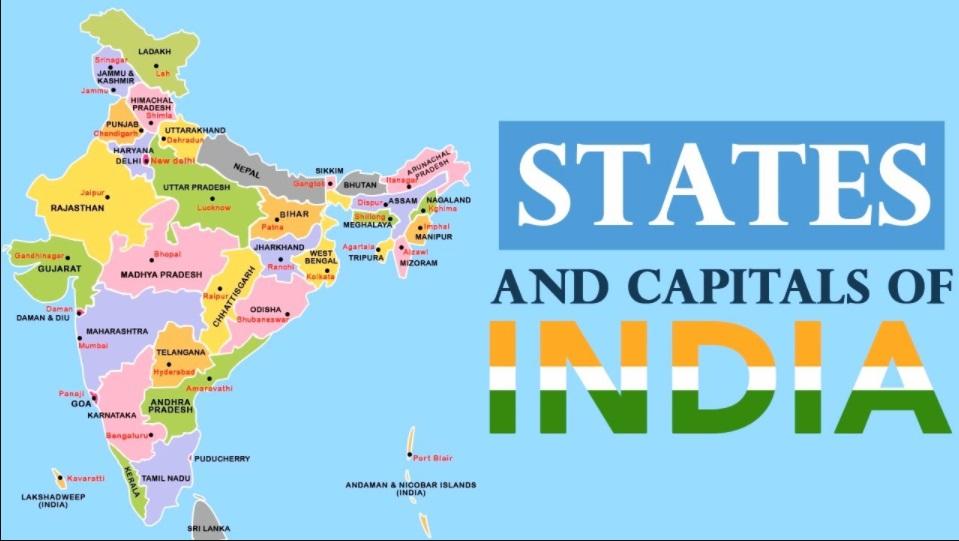 According to the Jammu and Kashmir Reorganisation Act, 2019, the appointed day for the two Union Territories J&K and Ladakh was October 31. This is for the first time that a state is converted into two Union Territories. The total number of states in the country will now be 28, with effect from 26th January 2020, India has 8 union territories.

The Union Territories of Daman and Diu, Dadra and Nagar Haveli have become a single union territory since January 26 through a Bill passed by the Parliament in the winter session. With the merger of Daman and Diu, and Dadra and Nagar Haveli, the number of UT’s have come down to eight. Out of all the states, three states i.e. Himachal Pradesh, Maharashtra, and Uttarakhand have different capitals for their summer and winter sessions of the legislature.

India is a federal union made up of 28 states and 8 union territories, totalling 36 separate entities. Districts and smaller administrative units are subdivided further inside the states and union territories. Each state in India has its own administrative, legislative, and judicial capital. All three responsibilities, according to some accounts, are carried out in the same capital. Each state is led by a Chief Minister.

According to The States Reorganization Act 1956, the states of India were organized based on linguistic lines. There are 28 states and 8 Union Territories in India now. India consists of 400 cities altogether. India has eight metropolitan cities and they are Kolkata, Mumbai, New Delhi, Chennai, Hyderabad, Bangalore, Ahmedabad and Pune. The Prime Minister of India planned to develop 100 smart cities in India in the future. Indore bagged continuously 4 times the award of Smart city.

States and Capitals of India

Q.1 Presently, how many States and UTs are present in our country?

Answer: There are 28 states and 8 Union territories in the country which was in effect from 26th January 2020.

Q2. Who is the head of the Union Territories of India?

Answer: Lt. Governors & Administrators are considered to be the head of a Union Territories of India.

Q3. Name the state which has been bifurcated to make union territory.

Q4. What are the latest updates on the Union Territories of India?

Q5. Which is the smallest Union Territory of India?

Answer: Lakshwadeep is the smallest Union Territory of India.