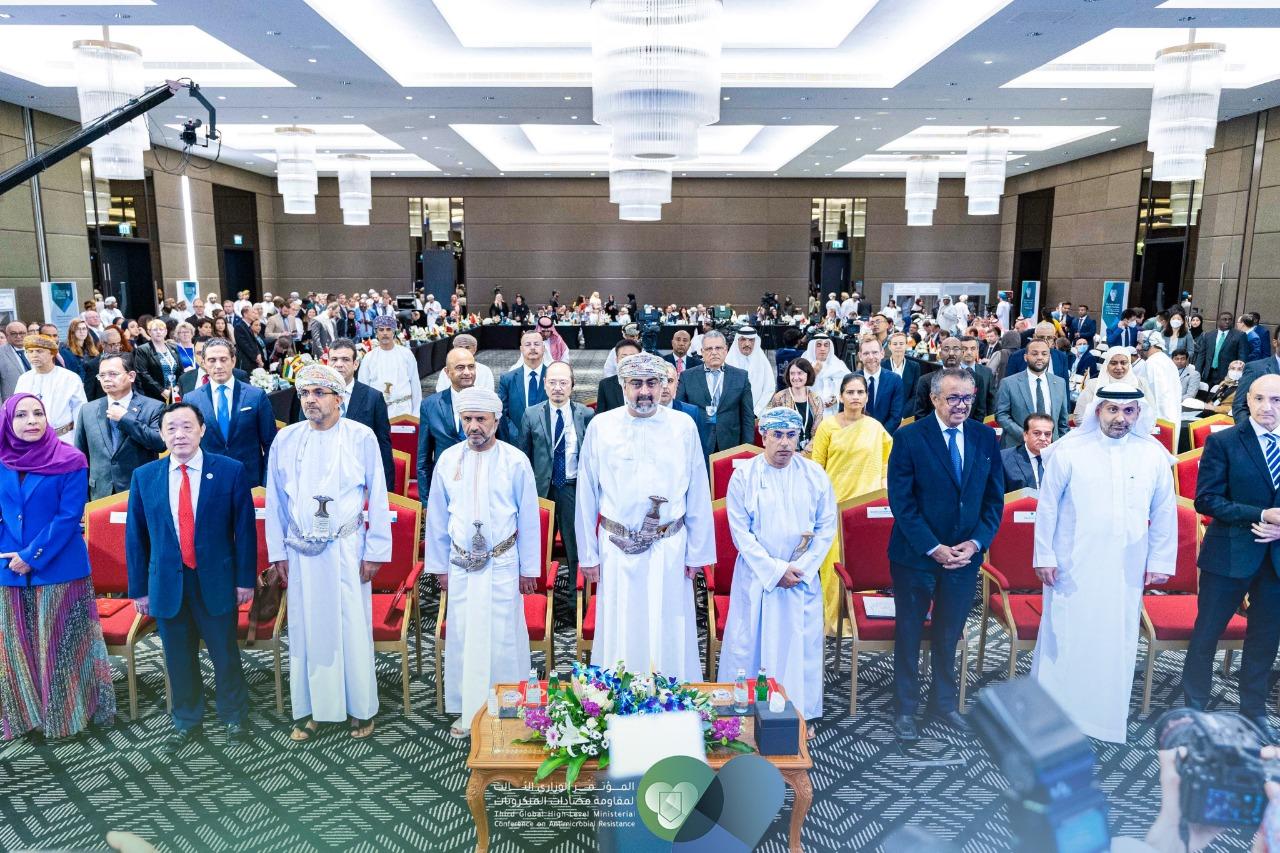 Theme Of The Event:

The conference under the theme ‘The AMR Pandemic: From Policy to One Health Action’ will enhance international cooperation to tackle AMR and build on the success of the two previous high-level ministerial conferences held in the Netherlands in 2014 and 2019.

The participants, who included more than 30 ministers and representatives of more than 40 countries from around the world in the fields of human, animal and environmental health, adopted the Muscat Manifesto  to commit to working towards achieving three goals.

The Muscat Manifesto declaration called on the four-way alliance formed by the United Nations, made up of the World Health Organisation (WHO), Food and Agriculture Organisation (FAO), the World Organisation for Animal Health (WOAH) and their joint secretariats concerned with antimicrobial resistance, to provide the necessary sectoral technical support and guidance in setting standards and policies to implement these goals and procedures. This includes the administrative boards of these organisations setting the relevant provisions and the concerned authorities working in related human and animal health and fields.