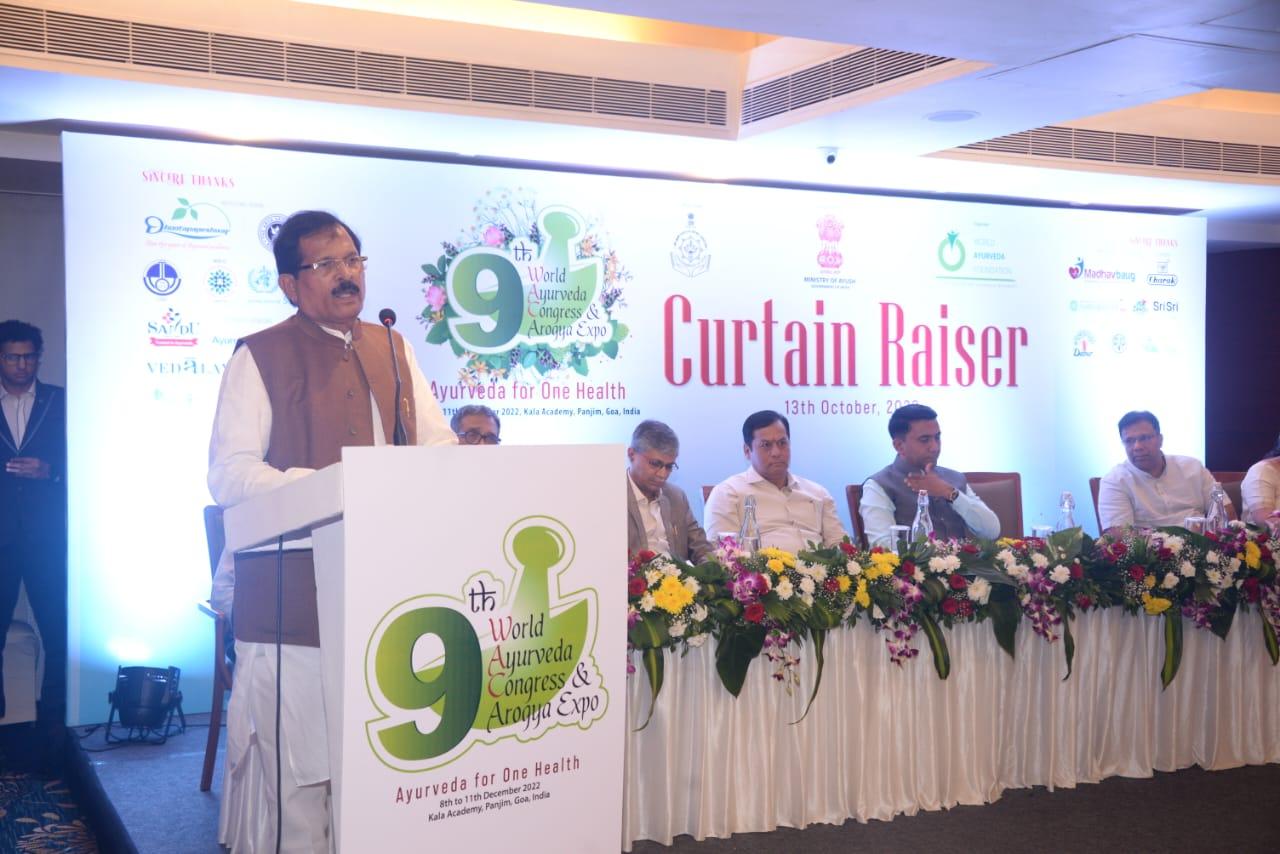 The World Ayurveda Congress & Arogya Expo 2022 will be held in Goa from 8-11 December with an objective to provide a global platform to stakeholders, including industry leaders, practitioners, traditional healers, educationists, students, medicine manufacturers, etc. for networking and engaging in intellectual exchange to strengthen the Ayurveda sector, envision its future, and facilitate interaction between professionals and consumers to boost Ayurveda commerce.

The Theme Of This Gathering:

The theme for the 9th World Ayurveda Congress (WAC) this year is ‘Ayurveda For One Health’.

What More Has Been Done:

The third edition of the ‘Ayushman’ comic book series was also released at the event. A Memorandum of Understanding (MoU) was signed between All India Institute of Ayurveda (AIIA) and Rosenberg’s European Academy of Ayurveda, Germany, to facilitate advanced studies in traditional Indian medicine systems.

Addressing the event, Union minister of state for Tourism and Ports, Shipping and Waterways, Shripad Naik said that the spread of Ayurveda worldwide has been facilitated by the setting up of a separate ministry of Ayush by the Centre in 2014. “When one sees the way Ayush is progressing today, one must remember that the seed of this development lies in that decision.”

‘Vasudhaiva Kutumbakam’ is the spirit of India since the beginning. In 2015, the United Nations decided to celebrate the International Day of Yoga. Now it is benefiting citizens all over the world. The Ayurveda Congress‘ activities go a long way in propagating such traditional systems of healing and well-being all over the world,“ the minister said.

The upcoming satellite centre of All India Institute of Ayurveda in Goa will boost Ayurvedic tourism in the state. Goan students will get 50% reservation in admissions for various courses at the institute.

A Dynamic And Growing Market: