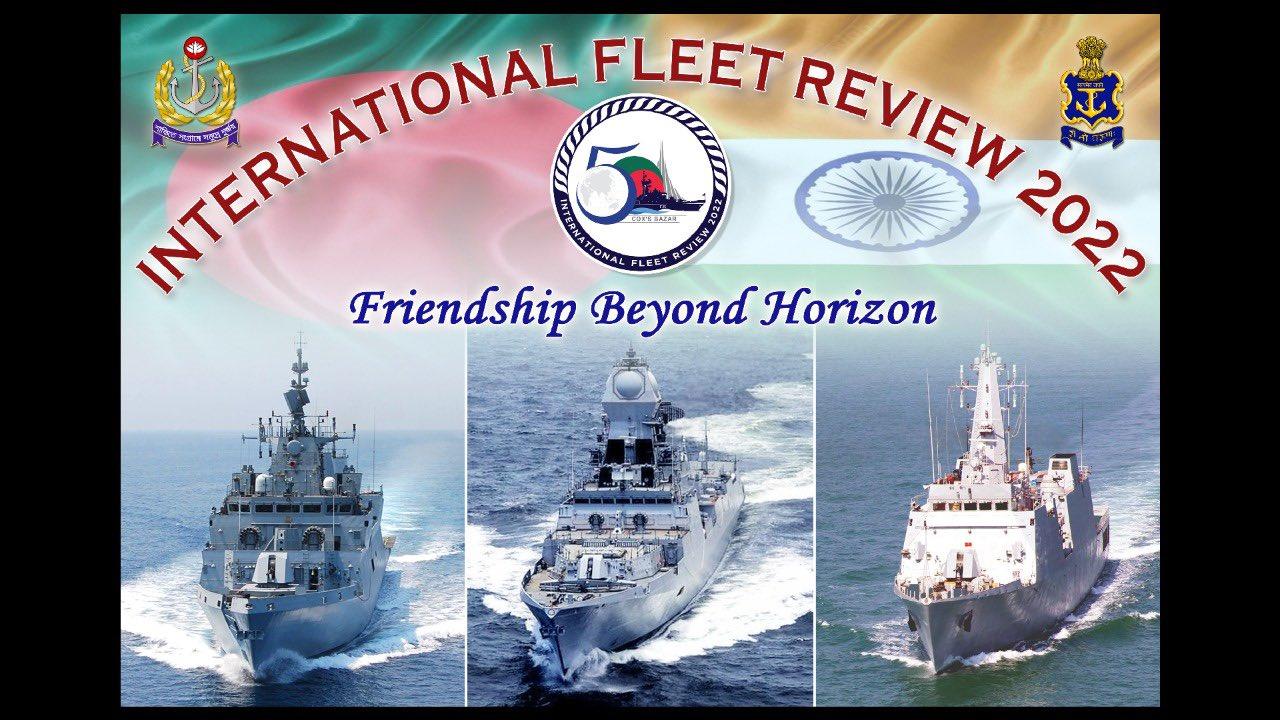 The Bangladesh Navy is hosting the first-ever International Fleet Review at Inani of Cox’s Bazar between December 6 and 9. Naval commanders, ships from some 30 countries including the United States, China, India and the neighbouring Myanmar would participate in the international gathering. Indian Navy ships Kochi, Kavaratti and Sumedha will participate in this.

According to a letter from the Armed Forces Division, the US Pacific fleet commander Admiral Samuel J Paparo Jr, Indian chief of naval staff Admiral R Hari Kumar and Indian Coast Guard director general Virender Singh Pathania, among others, were scheduled to visit Cox’s Bazar with their aircraft.

The Chinese national defense ministry on  in a statement stated that their guided missile destroyer Changsha (Hull 173) set sail for Bangladesh.

Naval intelligence director Commodore Moniruzzaman told New Age that their preparation was in full swing as representatives from the US, China and India, among others, were scheduled to participate in the meeting of international navies.

According to sources, ships from China, US, India, Thailand, China, Myanmar and Malaysia are due to attend the gathering.

The key purpose of hosting the IFR would be to deepen relations among the naval forces on the Indo-Pacific Ocean.

Military analyst retired Major General Shahidul Hoque told New Age that the first-ever fleet review in Bangladesh would be a manifestation of the country’s global engagement.

The Navy headquarters believes that the IFR 2022 would also serve as an ideal platform for world’s navies to showcase their prowess, naval diplomacy, goodwill and cooperation in an international arena alongside interacting with world navies in Bangladesh waters, promote tourism and infrastructure development in the coastal areas of Bangladesh.

Why Bangladesh Conducting It:

International Fleet Review -22 is being conducted by BN this year, to commemorate the Birth Centenary of the Father of the Nation, Bangabandhu Sheikh Mujibur Rahman and to celebrate the Golden Jubilee of the Independence of Bangladesh.