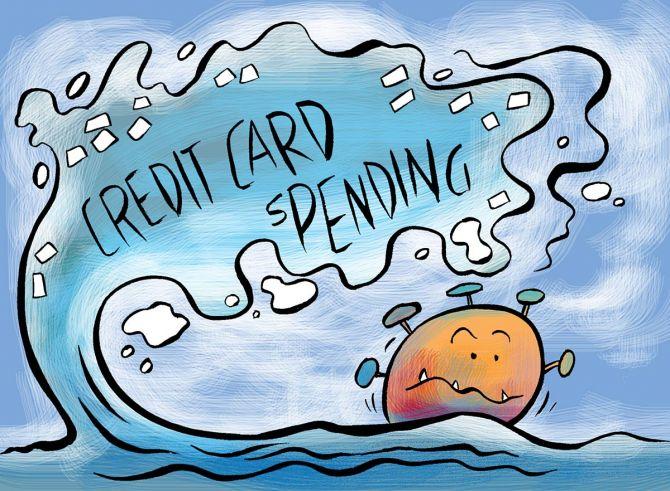 The outstanding credit card base dropped to 77.99 million in August from over 80 million in July, mainly on account of the new norms of the Reserve Bank of India (RBI) that warrant the deactivation of cards that are inactive for a year. While there was a 2.8 per cent decline in net card additions on a month-on-month (MoM) basis in August, a first in many months, credit card spends slipped 3 per cent on a high base. Still, spends topped the Rs 1-trillion mark for the sixth consecutive month.

The banking system had been adding about 1-1.5 million cards a month for some time now. But in August, “credit cards outstanding for the industry declined by 2.3 million, largely as a result of sharp declines seen for HDFC Bank and Axis Bank. This is largely on account of the implementation of the new RBI norms requiring credit card companies to deactivate cards that are inactive for 365 days. This should impact other players, as well with a lag”, stated Suresh Ganapathy and Param Subramanian in a report for Macquarie Research.

What The Bankers Said:

“In accordance with the RBI master circular, cards which have not been used for a period of more than one year have been closed in August 2022. Hence there’s a drop in cards in-force numbers for HDFC Bank in August versus July,” a bank spokesperson said.

“This is linked to implementation of RBI master directions as per which cards inactive for more than 12 months as of 1st July 2022 had to give clear consent to continue or be closed. We started the activity in July and closed the cards in August. Since these cards were inactive, we don’t anticipate an impact on spends trajectory. It is possible that other banks have followed a different time-cycle. However, all will have to comply with the directions,” said an Axis Bank spokesperson.

SBI Card added over 296,000 cards on a net basis in August — higher than the 280,000-290,000 ask rate for it to maintain market share. “We believe the new ‘Cashback SBI Card’ could aid their market share further going into the festival season. SBI Cards has highlighted before that 90-95 per cent of its cards are 365-day active and so the impact of the implementation of the new RBI norms should be limited to 5-7 per cent of its cards (ie, 750,000-1 million cards), in our view,” the report added.