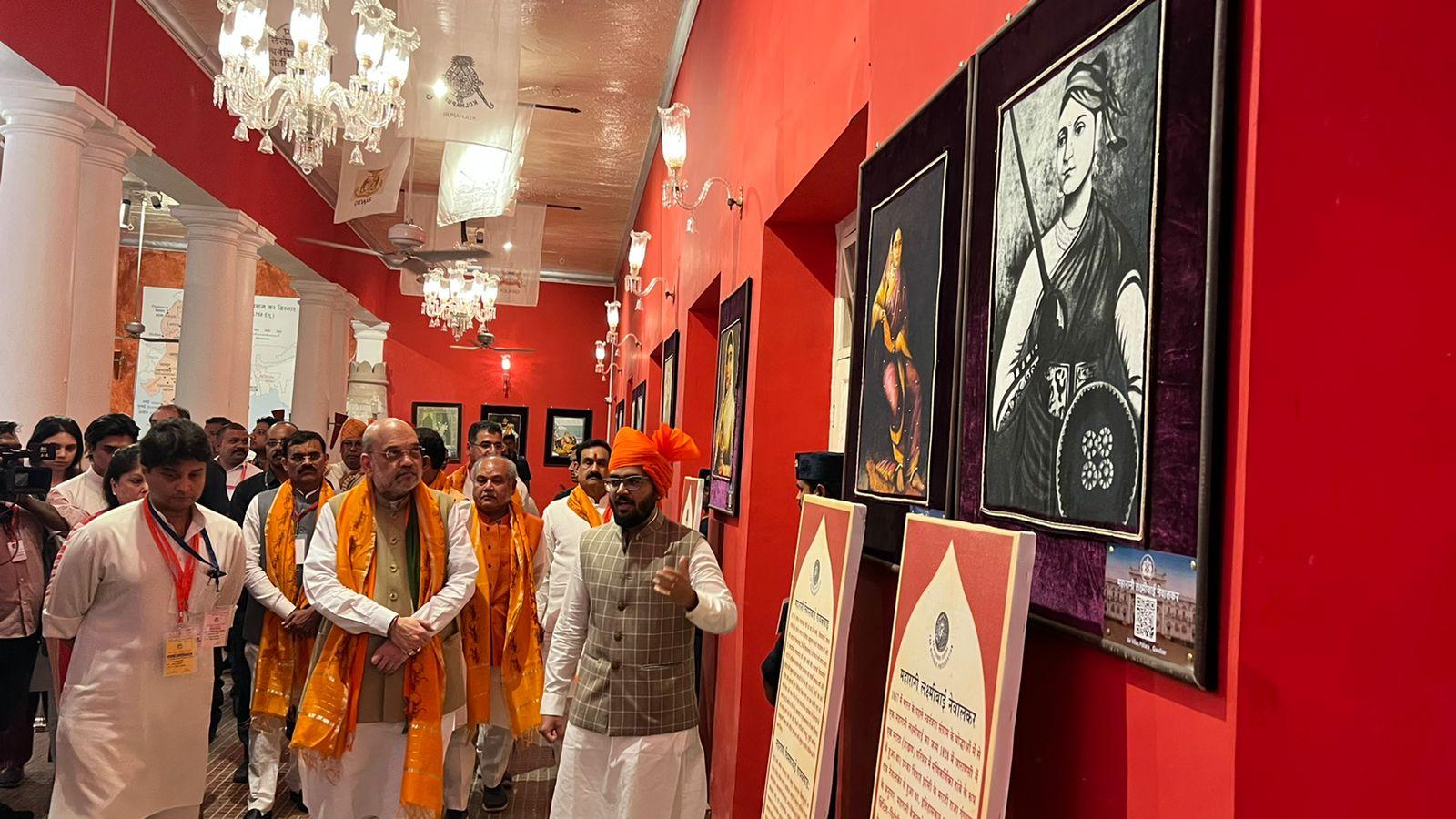 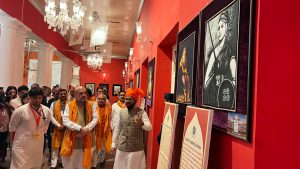 Union Home Minister Amit Shah has inaugurated a gallery-cum-exhibition depicting the history of prominent Maratha commanders at the sprawling Jai Vilas Mahal of Scindias, the erstwhile rulers of Gwalior. Shah was in Gwalior to lay the foundation for the terminal building and expansion of the Rajmata Vijayaraje Scindia Airport.

Shah visited the museum in the palace and inaugurated the ‘Gatha Swaraj ki-Maratha Gallery’ depicting the history of the main Maratha rulers including the Scindias, Gaikwads, Holkars, Nevalkars, Bhosales and the Pawar.

As per the booklet about the gallery, the word “Swaraj” was first used by Sakharam Ganesh Deoskar in a Bangla book- “Shivajir Mahatva” on the life of Chatrapati Shivaji Maharaj in 1902. The word “Swaraj” was used by Bal Gangadhar Tilak, Mahatma Gandhi, Veer Savarkar, the Bhartiya Jan Sangh and Indian National Congress among others. Union civil aviation minister Jyotiraditya Scindia, the royal descendant, his wife Priyadarshini Raje and their son Mahanaryaman welcomed Shah in the palace.

About the Jai Vilas Palace: