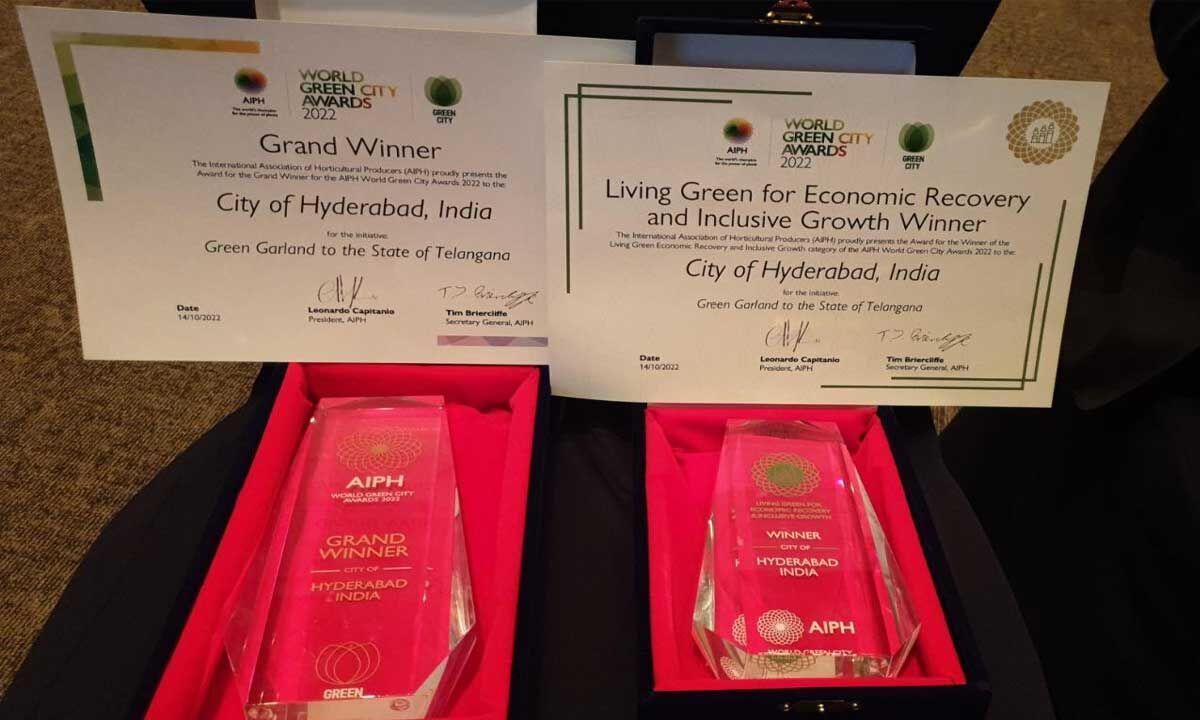 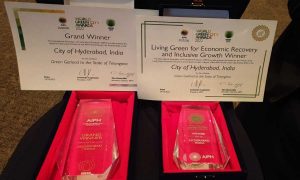 The city of Hyderabad, Telangana, has been honoured as the Grand winner of the AIPH (International Association of Horticultural Producers) World Green City Awards 2022, the most prestigious award of the Inaugural AIPH World Green City awards (2022 edition), for its initiative titled “Green Garland to the State of Telangana”. Hyderabad also won the award under the ‘Living Green for Economic Recovery and Inclusive Growth’ category.

Why the award was given to Hyderabad?

AIPH World Green City awards (2022 edition) are the world’s first Green City awards. AIPH announced the 6 Category Winners and the Grand Winner during the award ceremony that took place at the gala dinner at the International Union for Conservation of Nature (IUCN) Leaders Forum in Jeju Province of the Republic of Korea(South Korea) on 14th October 2022.