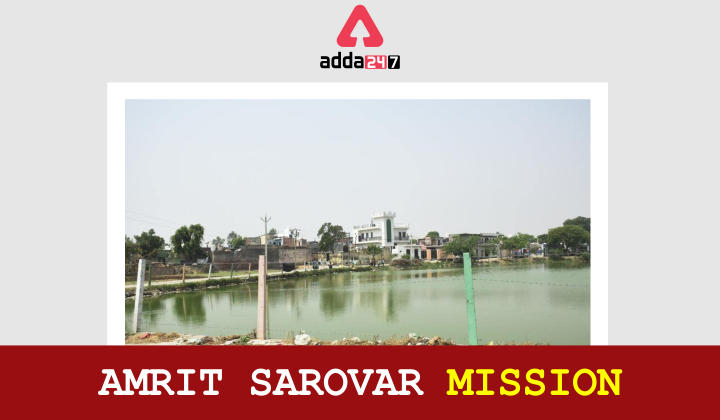 On 24th April 2022, Prime minister Narendra Modi launched a mission to conserve water for the future which is known as Amrit Sarovar Mission. For celebrating the Azadi Ka Amrit Mahotsav, Amrit Sarovar aims to develop and rejuvenate 75 water bodies in each district of India. Under this mission, 50,000 water bodies of size of about an Acre will be created.

The government has approached six ministries and departments which are mentioned below.

The other institutions that were engaged with the mission are the Bhaskaracharya National Institute for Space Application and Geo-informatics (BISAG-N) as a technical partner.

The mission refocuses on various other missions like Mahatma Gandhi NREGA, XV Finance Commission Grants, PMKSY sub-schemes such as Watershed Development Component, and Har Khet Ko Pani. Also, the mission aims to increase the mobilisation of citizen and non-government resources for supplementing these efforts.

3. Every Amrit Sarovar will be approximate 1 acre with 10,000 cubic meters of water holding capacity.

4. The focal point of the mission is people’s participation.

5. The local freedom fighters, their family members, Martyr’s family members, Padma Shri Awardees and citizens of the local areas are the sites where Amrit Sarovar is to be constructed and they will be engaged in all stages of construction.

6. On every Amrit Sarovar, Flag hosting will be done every Independence Day, 15 August.