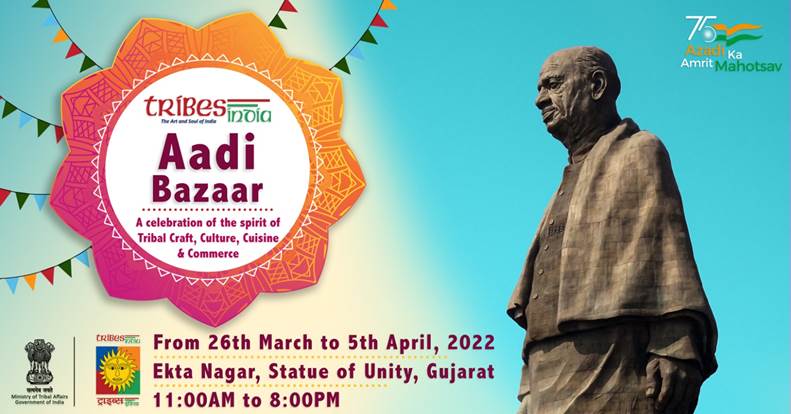 In keeping with the sequence of Aadi Bazaars – A Celebration of the Spirit of Tribal Culture and Cuisine, a new one opened on March 26th, 2022 in Ekta Nagar, Kevadia, Statue of Unity in Gujarat’s Narmada district. The 11-day exhibition, which began on March 26 and ended on April 5, was inaugurated by Smt. Nimishaben Suthar, Minister of State for Tribal Development, Health, Family Welfare, and Medical Education, Government of Gujarat, in the august presence of Dr. Kuberbhai Manshukhbhai Dindor, Minister of State for Higher and Technical Education, Legislative and Parliamentary Affairs, Government of Gujarat; Shri Ramsinh Rathwa, Chairperson, TRI