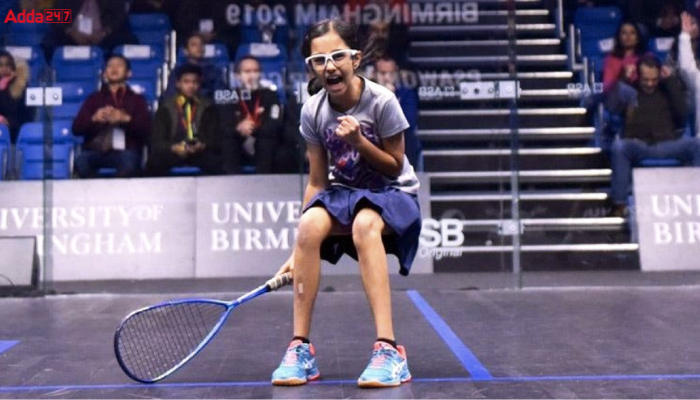 Anahat Singh won the Girl’s U-15 squash title at British Junior Open Tournament. Anahat Singh was also one of the youngest players at the Commonwealth Games 2022. She won one of the most prestigious tournaments of the season in Birmingham, U.K.