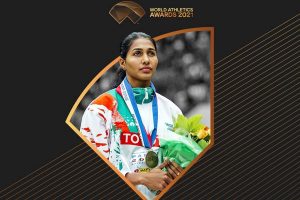 Legendary Indian athlete, Anju Bobby George has been bestowed with the Woman of the Year Award by World Athletics for grooming talent in the country and for her advocacy of gender equality. In 2016, she formed a sports academy for young girls. Through this, she has helped India advance in sports and also inspire more women to follow in her footsteps. She is also presented with the award for advocating gender equality. Anju, the only Indian to have won a medal in the World Championships with a long jump bronze in the 2003 edition.

What are Anju’s achievements?