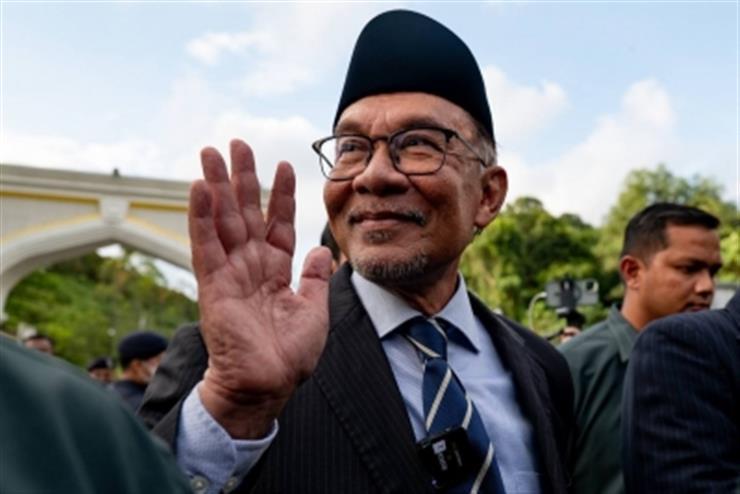 Malaysia’s veteran opposition leader Anwar Ibrahim has been sworn in as the country’s new prime minister, after several days of post-election deadlock. The new leader was appointed by King Sultan Abdullah, after elections over the weekend resulted in an unprecedented hung parliament.

More About The Transition:

It is not clear what form the new government will take; whether a formal coalition of parties, a minority government with other parties offering a confidence and supply agreement, or a national unity government including all the main parties.

“After taking into the consideration the views of Their Royal Highnesses the Malay Rulers, His Majesty has given consent to appoint Anwar Ibrahim as the 10th Prime Minister of Malaysia,” said a statement  by the palace.

About Long Career Of PM Anwar:

The decision brings to an end a remarkable political odyssey for Anwar Ibrahim, a brilliant orator and, 25 years ago, a fast-rising star everyone expected would replace then-prime minister Mahathir Mohammad. It was not to be. He and Mr Mahathir fell out over the handling of the Asian financial crisis, and he was jailed on what were widely believed to be politicised corruption and sodomy charges.

His conviction was overturned in 2004, and he returned to politics, leading his own reformist party close to defeating the UMNO party in the 2013 election, only to have new sodomy charges filed against him, and being sent back to jail in 2015.

Now he has reached his goal but in very challenging conditions, with an economy clobbered by Covid and a need to work together with some of his most bitter political rivals. The appointment of a government led by Mr Anwar’s reformist Pakatan Harapan will be greeted with some relief by non-Malay Malaysians.