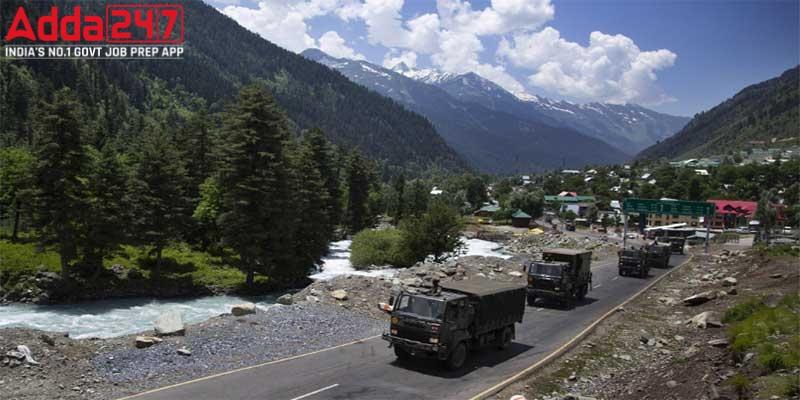 After significantly upgrading firepower and infrastructure along the Line of Actual Control (LAC) in the Tawang sector of Arunachal Pradesh, the Army is on a major drive for capability and infrastructure development in the rest of Arunachal Pradesh. This includes road, bridges, tunnels, habitat and storage facilities, aviation facilities and upgrade of communications and surveillance, especially in the Upper Dibang Valley region, according to multiple Army officials.

A capability development matrix was being employed and road development, construction of habitat and aviation facilities were under way, Major General M.S. Bains, General Officer Commanding of the Army’s 2 Mountain Division, headquartered at Dinjan, told a group of journalists. We are in the process of linking various valleys, he said. “We have gone for clear timelines for capability development based on a very clear perspective plan for future. Our overall combat readiness in the region is of a very high order,” Maj. Gen. Bains added.

The capability and infrastructure development in the region was being undertaken under five verticals — habitat, aviation, road infrastructure, operational logistics and security infrastructure. Of this, the strategic roads and border roads were being constructed by Central government agencies and Border Roads Organisation, while the Army was building the last mile tracks to connect these roads to the forwards posts on the Line of Actual Control. Apart from construction of roads, aviation facilities were being created along them which was also benefiting the civil population. India has two road axis in the forested area in Lohit and Siang; now, efforts were underway to improve infrastructure across the board. Engineering Task Forces of various formations of the Army were being employed to speed up work, the second official cited above said while adding that the main working season was restricted to six months. The Area of Responsibility of 2 Division covers the districts of upper Dibang, lower Dibang, Namsai, Lohit and Anjaw in Arunachal Pradesh. While Tawang and Kameng area is under the Army’s 4 Corps headquartered at Tezpur, RALP is under the 3 Corps based at Dimapur.

Since the May 2020 standoff with China in Eastern Ladakh, which is still under way, the Army has carried a major reorientation towards the LAC under which several formations facing the Western front were retasked to the LAC, in the backdrop of heightened Chinese activity across the LAC. Of the 3,488-km long LAC, 1,346 km falls in the Eastern sector. Further, several Army units earlier tasked with CI duties have been retasked to the LAC while Assam Rifles, a paramilitary force administratively under the Home Ministry, has been given the responsibility of dealing with insurgency. Roughly, two division strength of troops have been retasked from CI duties to border guarding role. Army’s 73 Brigade headquartered at Laipuli near Dibrugarh town in Assam is the only unit still with a CI mandate in the Eastern sector. Its CI mandate covers four districts of Assam in addition to the conventional role. Talking of the geography of RALP, one of the officials above said it was quite a challenging task to carry out patrols. Long range patrols were carried out once or twice a month and vary from 14 days to a month.

Addressing a long-pending demand from the local population along the LAC, setting up of mobile towers for 4G communications is under way under the Unified Service Obligation Fund, under which corporates can provide telecom services in rural and remote areas under the CSR obligations. Under this, mobile towers are being set up in strategically sensitive areas such as Kibithu, Walong and Hayuliang. Giving an overview, another official said mobile towers would be coming up within the 2 Division area for which Recce of the locations had already been carried out by civil agencies and the Phase-I covering Lohit and Debang regions should be completed by December this year. China has long installed telecom network very close to the LAC and has upgraded them to 5G. In it quite common for mobile phones to pick up Chinese networks when Indians travel close to the LAC. In Tawang sector, there has been significant push to expand infrastructure as also deployment offensive firepower which enables faster troops reorientation which is a shortfall in the RALP area. In line with its infra and habitat build-up along the LAC, China has been moving troops closer to the LAC in RALP in addition to roads, there is construction of tunnels, habitat and related facilities to support the troops.