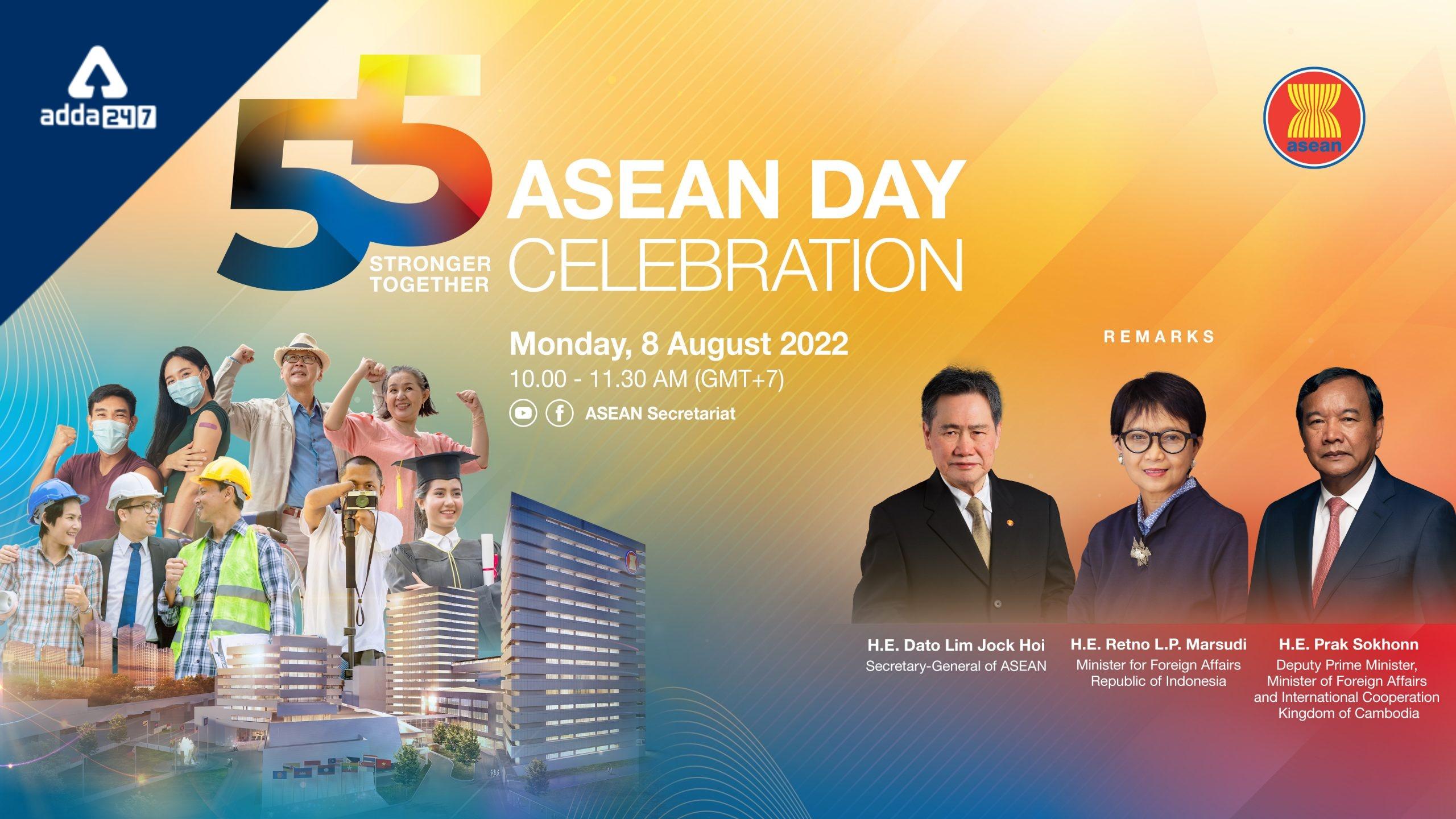 External Affairs Minister Dr S. Jaishankar has congratulated ASEAN Member States and the Secretary General on their 55th anniversary. In a tweet, he said, we celebrate 2022 as the ASEAN-India Friendship Year, reaffirming the commitment to the partnership and to ASEAN’s centrality in the Indo-Pacific. The ASEAN-India Centre (AIC) at Research and Information System for Developing Countries (RIS), New Delhi, organised a panel discussion to celebrate the 55th Anniversary of ASEAN on Monday.

The theme of this year’s ASEAN Day is “Stronger Together” that invites and welcomes the forward-minded people of ASEAN to come in synchronization and work as a collective to face the challenges of 21st Century. ASEAN symbolizes the spirit of solidarity and peaceful, prosperous and socially responsible ASEAN Community.

The Association of Southeast Asian Nations, or ASEAN, was established on 8 August 1967 in Bangkok, Thailand, with the signing of the ASEAN Declaration (Bangkok Declaration). The motto of ASEAN is “One Vision, One Identity, One Community”.