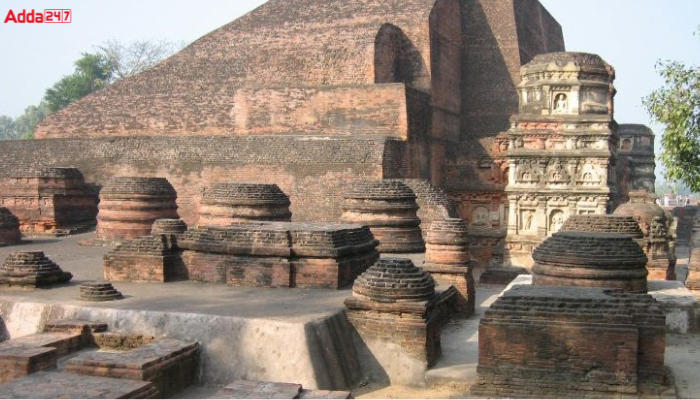 The Archeological Survey of India (ASI) of the Patna circle has unearthed 1200 years old two miniature votive stupas near the Sarai Tila mound on the “Nalanda Mahavihara” grounds in the Nalanda district. The stupas found in Nalanda are carved from stones and depict Buddha figures.