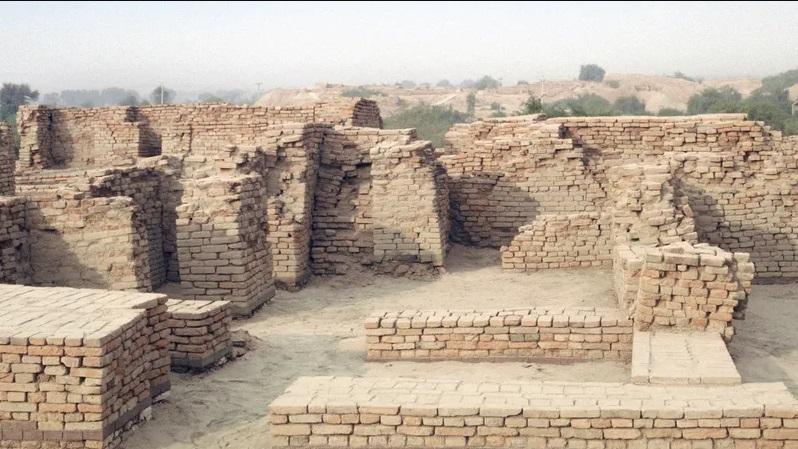 A civilisation as old as India is bound to have a very long and immersive architectural history. The story of Indian art and architecture is a story of evolution. From the ancient Harappa valley civilisation to the British rule, the buildings and sculptures have a narrative of their own. The emergence and decay of great empires, the invasion of foreign rulers who gradually became indigenous, the confluence of different cultures and styles, etc. are all reflected in the evolution of Indian architecture and sculpture.

A flourishing civilisation on the banks of the river Indus in the second half of the third millennium BCE and spread across large parts of North-western and Western India. This is what we know as Harappan civilisation or Indus Valley civilisation. Harappa and Mohenjo-daro– the two major sites of this civilisation – are among the earliest and finest examples of urban civic planning. The planned network of roads, houses and drainage systems indicate the planning and engineering skills that developed during those times.

The world’s Largest Museum Of Harappan Culture Is Coming Up In Rakhigarhi, Haryana

Some Of The Important Sites And Their Archaeological Finds:-

Most seals have inscriptions in a pictographic script that is yet to be deciphered. The script was written mostly from right to left, but, bi-directional writing style i.e right to left on one line and left to right on another line has also been found. Animal impressions were also there most common one’s were unicorn, humped bull, rhinoceros, tiger, elephant, buffalo, bison, goat, markour, ibex, crocodile, etc. Seals were primarily used for trade, commerce communication and amulets. Ex:- Pashupati Seal, Unicorn seal

The Dancing Girl is the world’s oldest bronze sculpture. Found in Mohenjo-daro, this four inch figure depicts a naked girl wearing only ornaments, which include bangles in the left arm, and amulet and bracelet on the right arm. She stands in a ‘tribhanga’ dancing posture with the right hand on her hip.

It refers to fire baked clay for making sculptures. Compared to the bronze figures, the terracotta sculptures are less in number and crude in shape and form. They were made using pinching method and have been found mostly in the sites of Gujarat and Kalibangan. Ex:- Mother Goddess.

It is of two kinds – plain pottery and painted pottery. The painted pottery is also known as Red and Black pottery as it used red colour to paint the background and glossy black paint was used to draw designs and figures on the red background. Trees, birds, animal figures and geometrical patterns were the recurring themes of the paintings.

A large variety of materials, from precious metals and gemstones to bones and even baked clay, were used to make ornaments. Both men and women wore ornaments like necklaces, fillets, armlets and finger rings. Girdles, earrings and anklets were worn only by women. For fabric, the Harappans used cotton and wool, which were spun by rich and poor alike. Spindles and whorls were made from expensive faience as well as cheap clay.

The bust of the bearded priest is one of the excellent examples of stone figures found in the Indus Valley civilisation. It is the figure of a bearded man, draped in a shawl with trefoil patterns. The eyes are elongated, and half closed as in meditation. The figure has an armlet on the right hand and a plain woven fillet across the head.

The red sandstone figure of a male torso is another specimen of rock sculpture. The torso has a frontal posture with well baked shoulders and a prominent abdomen. There are socket holes in the neck and shoulders, probably for the attachment of head and arms.

You May Also Read:-