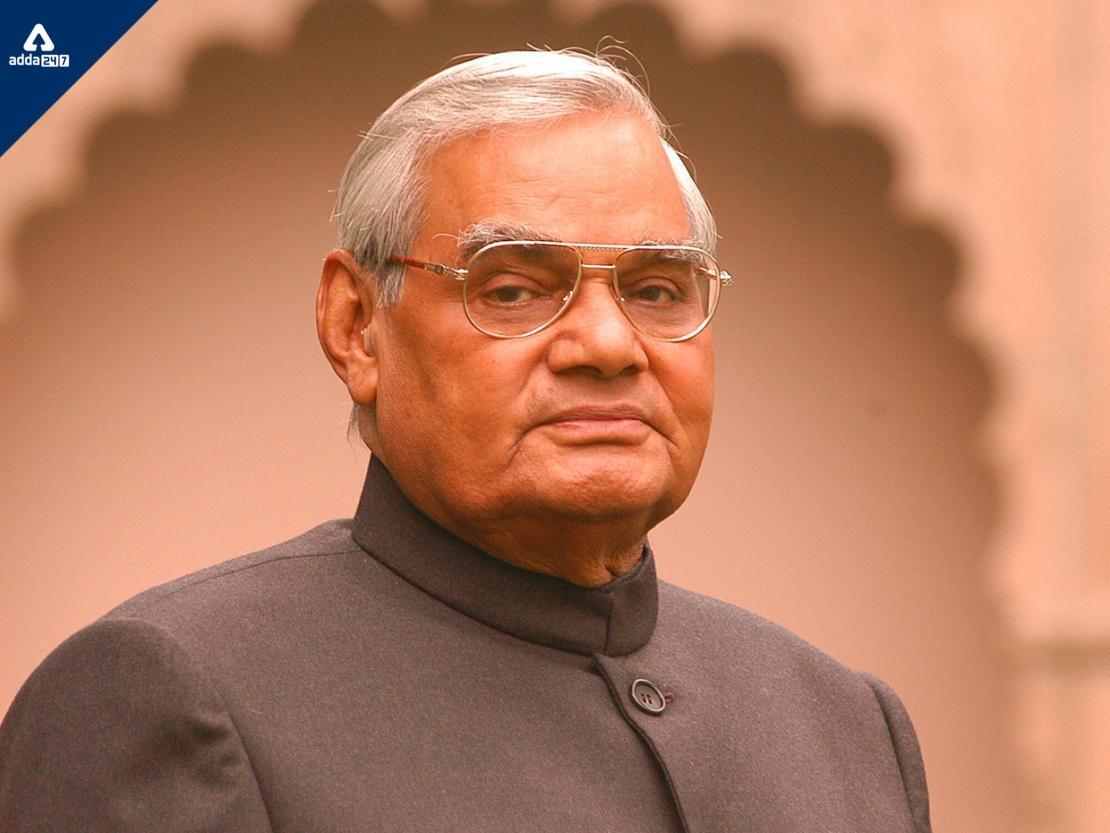 Atal Bihari Vajpayee was one of the greatest Indian politicians and diplomats who served three terms as the Prime Minister of India. Atal Bihari Vajpayee served as a Prime Minister of India for the first time in 1996 for 13 days only, for the second time he served for 13 months from 1998 to 1999 and his last term as a Prime Minister was a full term from 1999 to 2004. He was one of the co-founders and senior leaders of the Bhartiya Janta Party (BJP). He was a member of the Indian Parliament for more than five decades, and was elected ten times to the Lok Sabha and twice to the Rajya Sabha. He retired from active politics in 2009 due to health conditions after serving as the Member of Parliament for Lucknow. He was the founder and president (1968-1972), of Bhartiya Janta Sangh (BJS).

Atal Bihari Vajpayee was appointed as the Minister of External Affairs in the Cabinet of Prime Minister Morarji Desai. During Atal Bihari Vajpayee’s tenure as Prime Minister, India carried out one of the most remarkable Pokhran-II nuclear tests in 1998. In 2015, he was awarded with India’s highest civilian honor, The Bharat Ratna, by the President of India, Pranab Mukherjee. He died on 16th August 2018 due to old-age related illness.

Atal Bihari Vajpayee was born on 25th December 1924, in Gwalior, Madhya Pradesh. He was born in a Hindu Brahmin. His father was Krishna Bihari Vajpayee, was. School teacher in their hometown and his mother was Krishna Devi. His grandfather was Shyam Lal Vajpayee, he migrated to Morena near Gwalior from his ancestral village of Bateshwar in the Agra district of Uttar Pradesh. Atal Bihari Vajpayee completed his schooling at Saraswati Shishu Mandir and was again admitted into Anglo-Vernacular Middle school in Barnagar, Ujjain, in 1934. He completed his B.A. Hindi, English, and Sanskrit degree from Gwalior’s Victoria College and did his post-graduation with an M.A. in Political science from DAV College, Kanpur.

He became the General Secretary in 1944, of the youth wing of the Arya Samaj movement which was started in Gwalior with Arya Kumar Sabha. He joined Rashtriya Swayamsevak Sangh (RSS) in 1939 as a Swayamsevak or volunteer. In 1942, he became an active member of the Rastriya Swayamsevak Sangh (RSS). In 1951, Atal Bihari Vajpayee was supported by the RSS, to work with the newly formed Bhartiya Janta Sangh, a Hindu right-wing political party that was also associated with RSS.

He was appointed as the national secretary and in charge of the party of the Northern region based in Delhi. In 1957, in Indian General Elections, Vajpayee contested elections to the Lok Sabha where he lost to Raja Mahendra Pratap in Mathura but was elected for Balrampur. His orientation skills in the Lok Sabha impressed the then President of India Pandit Jawaharlal Nehru. He predicted that one day Atal Bihari Vajpayee was going to be the Prime Minister of India.

In 2009, Atal Bihari Vajpayee suffered a stroke that impaired his speech. His health was a major source of concern. He suffered from dementia and long-term diabetes. On 11th June 2018, Atal Bihari Vajpayee was admitted to AIIMS in a very critical condition following a kidney infection. On 16th August 2018, he was officially declared dead at 5.05 P.M at the age of 93. Thousands of people and many dignitaries along with Prime Minister Narendra Modi and then President Ram Nath Kovind attended the funeral of Atal Bihari Vajpayee.