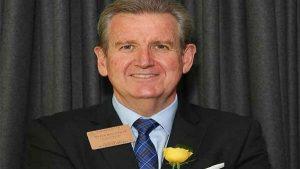 Australia has appointed Barry O’Farrell as the next high commissioner to India. He will succeed Harinder Sidhu who has been in the office since 2016. O’Farrell served in the New South Wales Parliament from 1995-2015. He has served as NSW’s special envoy for India and made a significant contribution as the deputy chair of the Australia India Council Board. India is a significant trading partner of Australia, with 2-way investment valued of 30.7 billion dollars & around 700,000 people of Indian Origin were living in Australia.