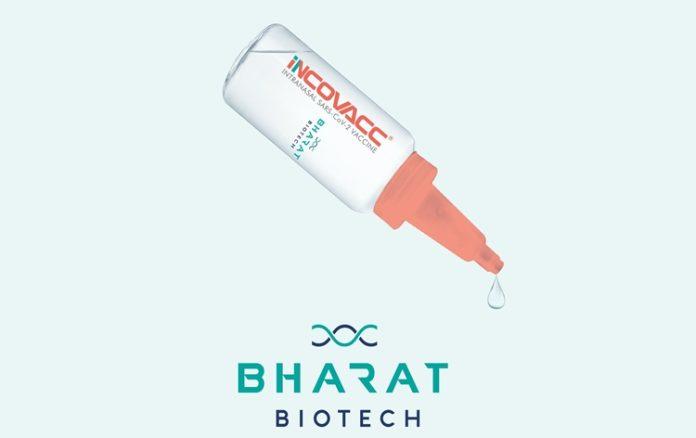 Bharat Biotech’s “iNCOVACC” is the world’s first Intranasal vaccine for COVID to receive approval for the primary 2-dose schedule, and as a heterologous booster dose. Bharat Biotech International (BBIL) announced that iNCOVACC (BBV154), is scheduled to be introduced in the country as a booster dose shortly. iNCOVACC is now available on CoWin, and priced at Rs 800+GST for private markets and priced at Rs 325+GST for supplies to Govt of India and State Governments.

Bharat Biotech received approval from the Central Drugs Standard Control Organization (CDSCO) for the use of heterologous booster doses of iNCOVACC.

Technical Side of iNCOVACC:

iNCOVACC is a recombinant replication-deficient adenovirus vectored vaccine with a pre-fusion-stabilized SARS-CoV-2 spike protein. This vaccine candidate was evaluated in phases I, II and III clinical trials with successful results. iNCOVACC has been specifically formulated to allow intranasal delivery through nasal drops. The nasal delivery system has been designed and developed to be cost-effective in low- and middle-income countries. iNCOVACC was developed in partnership with Washington University, St. Louis, which had designed and developed the recombinant adenoviral vectored construct and evaluated in preclinical studies for efficacy.

As a needle-less vaccination, Bharat Biotech’s iNCOVACC will be India’s first such booster dose. iNCOVACC’s manufacturing platform has the double benefit of enabling faster development of variant-specific vaccines and easy nasal delivery that enables mass immunization to protect from emerging variants of concern.

Clinical trials were conducted to evaluate iNCOVACC as a primary dose schedule, and as heterologous booster dose for subjects who have previously received two doses of the two commonly administered COVID vaccines in India. iNCOVACC is stable at 2-8 deg C for easy storage and distribution.