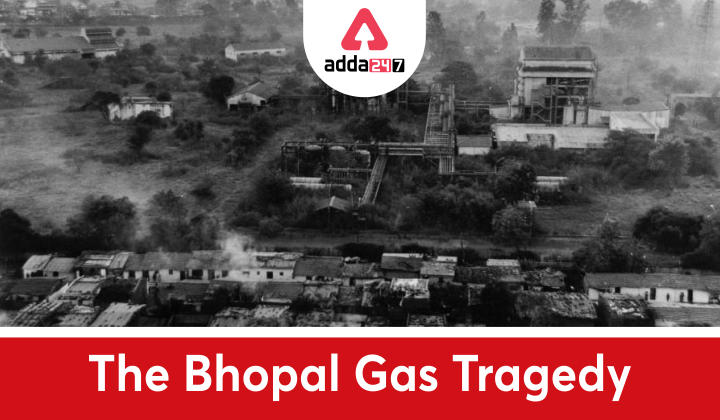 The Bhopal Gas tragedy took place on 3rd December 1984 in Bhopal, Madhya Pradesh. It is one of the most horrific industrial accidents in history. 45 tons of dangerous gas methyl isocyanate was leaked from an insecticide plant that was owned by the Indian subsidiary of the American firm union carbide corporation. The gas immersed the aggressively in the then sleep populated areas of Bhopal. This incident killed thousands of people immediately and created panic in ten thousand people who attempted to flee Bhopal.

The total death toll was between 15000 to 20000. The gas left millions of people suffering from respiratory problems irritation or blindness and maladies resulting from exposure to toxic gas. The government later awarded compensation to the people of Bhopal. During the investigation, it was established that standard operating and safety procedures at the insecticide plant which was even understaffed led to this tragic event leaving thousands of people in shock. The formal factory site was turnover to the state government in 1998.

During the 21st century, more than 400 tons of industrial waste was still present, which was decaying the site. There were several protests and attempts at litigation to do something about this issue for years. The Dow chemical company which both the union carbide corporation in 2001 did not take any action on this issue and the Indian government also revealed silence about this. The site was not cleaned properly, and the soil and water were contaminated in the area, which was resulting in chronic health problems and high instances of birth defects in the affected area. After several protests in 2004, the Indian supreme court ordered the state to supply clean drinking water for the residents of Bhopal because of the contamination of groundwater. In 2010, the conviction the court said that several former executives of Union Carbide’s Indian subsidiary which was run by a few citizens of India over the main culprit of the disaster due to negligence.

The Aftermath of UCC and UCIL

The majority of the factory was owned by the union carbide corporation and the Indian government only control the banks and the Indian public holding a 49.1% stake. The UCC paid 750 million dollars in 1989 to settle the litigation from the disaster. The UCC sold its stake in Union Carbide India Limited to Eveready Industries India Limited in 1994. The Eveready Industries India Limited subsequently merged with McLeod Russel Limited India. In 1998 Eveready ended the clean-up of the site when it terminated its 99-year lease and turn the control of the site to the state government of Madhya Pradesh. During these consequences down chemical company purchased Union Carbide Corporation in 2001 after 17 years of the disaster.

There were several civil and criminal cases filed in the United States against the union carbide corporation and Warren Anderson the CEO of UCC at the time of the disaster. However, these cases were dismissed and redirected to Indian courts during the year 1986 to 2012. The criminal and civil cases work also filed in India in the district court of Bhopal against UCC, UCIL, and the CEO of UCC Warren Anderson. In 2010, the former UCIL chairman and seven other Indian nationals who were employees at UCIL in 1984, were convicted in the Bhopal Gas tragedy for causing death by negligence and the sentence 2 years of imprisonment with a sign of $2000 each.

FAQs on The Bhopal Gas Tragedy

1. What is the Bhopal Gas Tragedy?
Ans. The Bhopal Gas tragedy or the Bhopal disaster took place on 3rd December 1984. In this incident, a poisonous gas methyl isocyanate was leaked from the insecticide plant which was owned by Union Carbide Corporation, and resulted in killing thousands of people in Bhopal.

2. How many people died in the Bhopal disaster?
Ans. As the record says 5,58,125 people were affected by the poisonous gas leaked from the insecticide plant causing the Bhopal disaster. After the mobile disaster, the land and water remained contaminated for several years causing people a lot of trouble related to health.