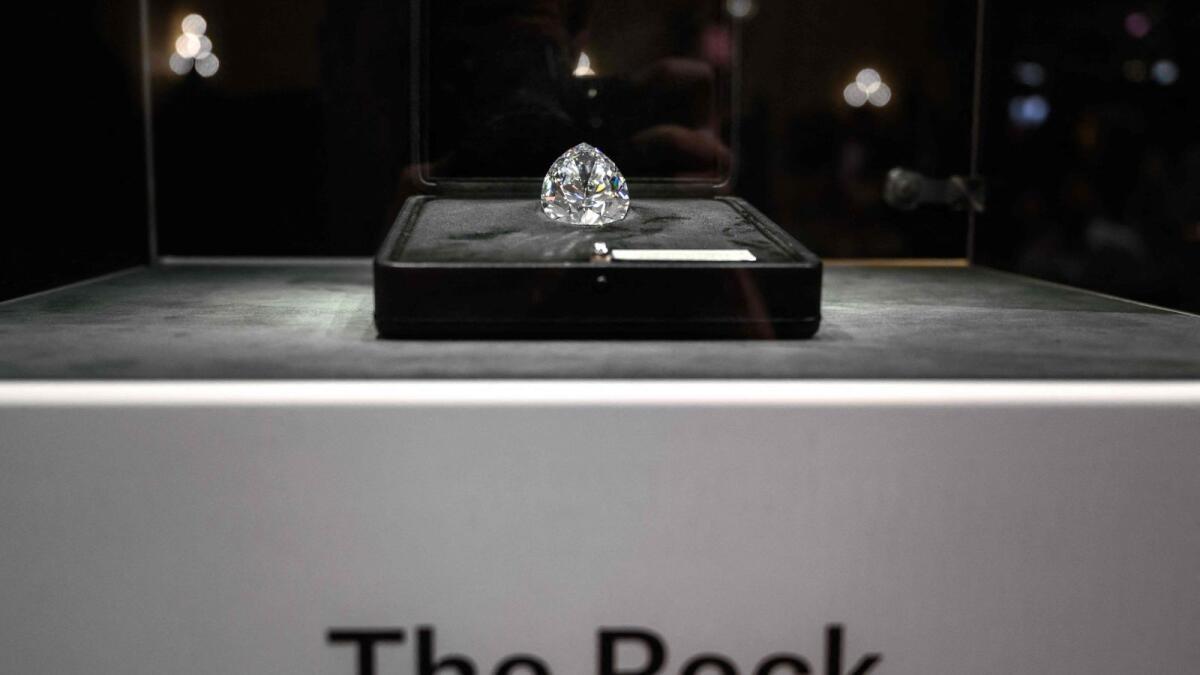 The Rock, the world’s largest white diamond, was auctioned for 18.6 million Swiss francs ($18.8 million), significantly less than the previous record for such a gem. Christie’s auction house in Geneva sold the 228.31-carat stone, which was larger than a golf ball. The Rock had high aspirations of breaking the global record for a white diamond, which stands at $33.7 million for a 163.41-carat rock sold in the Swiss city in 2017.

History of “The Rock”: