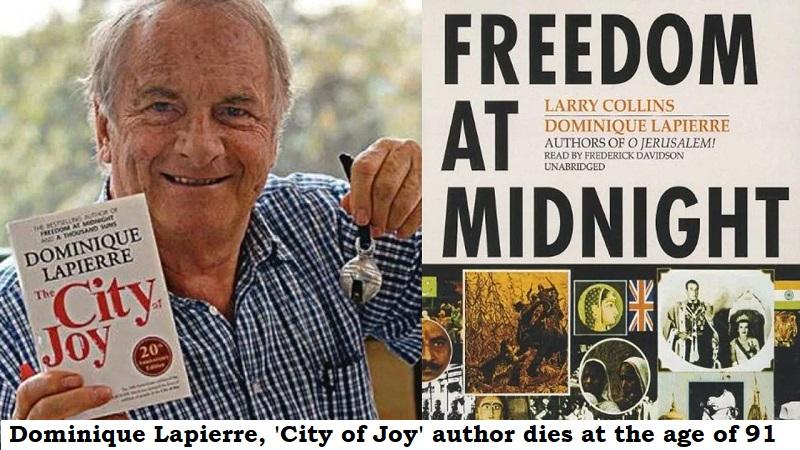 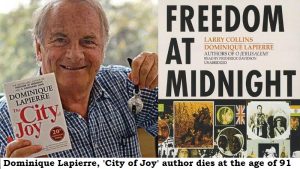 Freedom at Midnight author Dominique Lapierre has passed away at the age of 91. He was born on July 30, 1931 in Chatelaillon. Lapierre’s works, in collaboration with the American writer Larry Collins, became bestsellers such that they sold about 50 million copies of the six books he wrote. The author was awarded the Padma Bhushan, India’s third highest civilian award, in 2008.

Even though Lapierre was from France, he was passionate about India, something that was reflected in his 1985-work City of Joy, based on the hardships of a rickshaw puller in Kolkata, that turned out to be a massive success. It was also adapted for a movie in 1992 which starred Patrick Swayze and was directed by Roland Joffe.

He also co-authored Five Past Midnight in Bhopal, a historical account of the Bhopal gas tragedy told through multiple witness accounts which he researched by living in the city for three years in the 1990s. Part of the book’s royalties went to fund a clinic in Bhopal that treated victims for free, and he helped fund a primary school in one of the settlements described in the work.