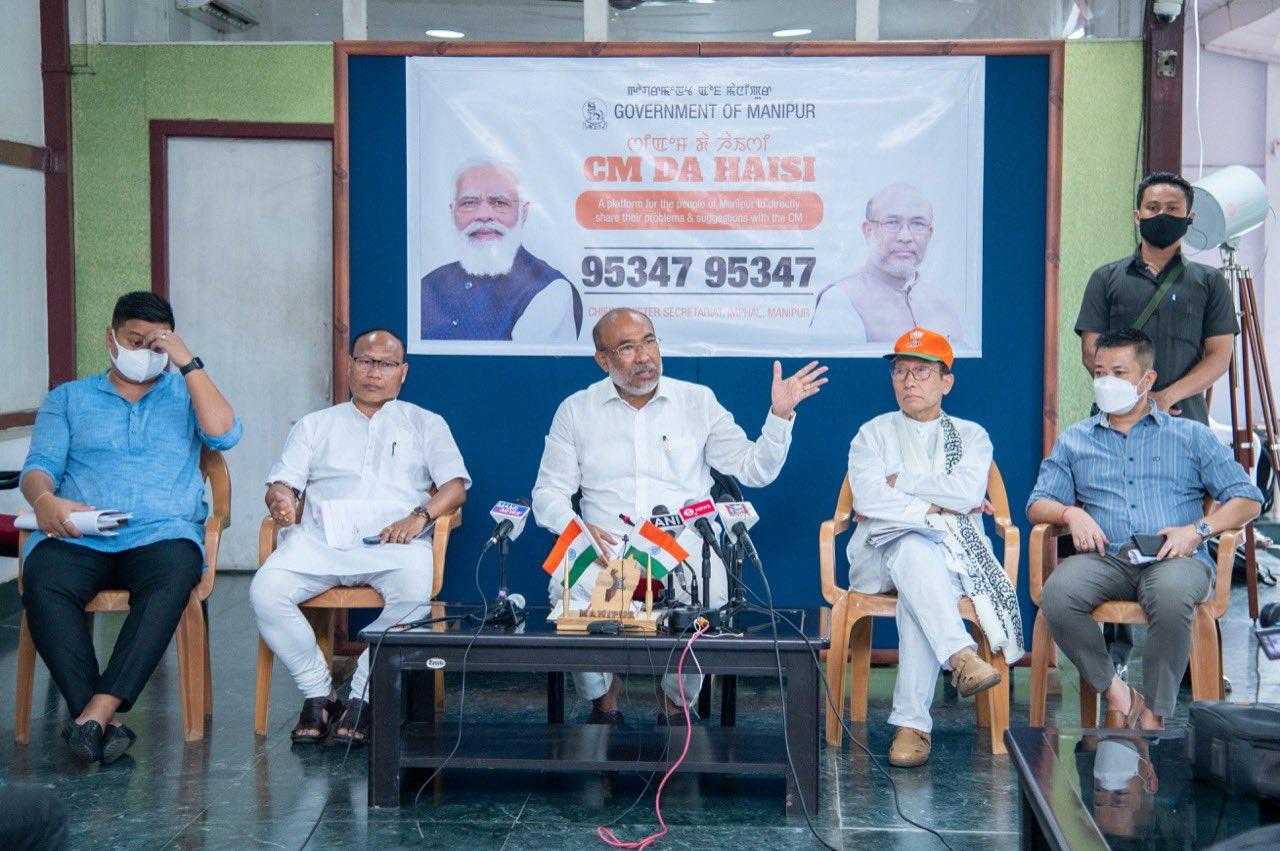 CM Da Haisi: The Manipur Chief Minister N. Biren Singh at Imphal launched a web facility to gather complaints and concerns from the general public. The web portal is called “CM Da Haisi,” which translates to “to inform the CM,” and the public can express their complaints there by visiting www.cmdahaisi.mn.gov.in. The status of the complaints may also be checked by the complainants.