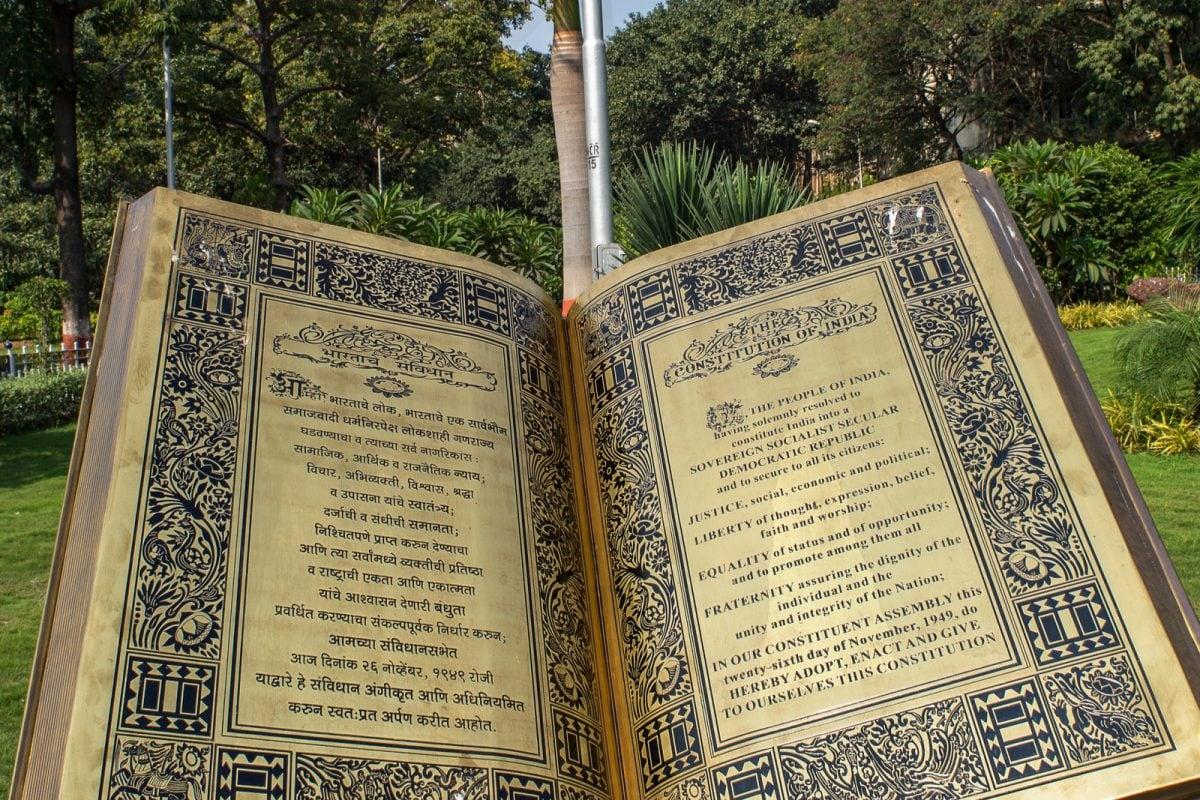 The Constitution of India has 395 articles contained in 22 parts. It also has 12 schedules. Since its adoption in 26 November, 1949, the constitution has been amended for about 103 times. The total number of Amendment Bills that have been introduced till now in parliament is 126.

PART 1 THE UNION AND ITS TERRITORY

Article 3 – Formation of new States and alteration of areas, boundaries or names of existing States

Article 8 – Rights of citizenship of certain persons of Indian origin residing outside India.

Article 10 – Continuance of the rights of citizenship.

Article 11 – Parliament to regulate the right of citizenship by law.

Article 15 – Prohibition of discrimination on grounds of religion, race, caste, sex or place of birth.

Article 16 – Equality of opportunity in matters of public employment.

Article 20- Protection in respect of conviction for offenses.

Article 39 – Certain principles of policy to be followed by the State.

Article 41 Right to work, to education and to public assistance in certain cases.

Article 72 – Power of President to grant pardons etc., and to suspend, remit or commute sentences in certain cases.

Article 80 – Composition of the Council of States.

Article 82 Readjustment after each census.

Article 123 – Power of President to promulgate Ordinances during recess of Parliament.

Article 129 – Supreme Court to be a court of Record

Article 130 – Seat of the Supreme Court

Article 136 – Special leaves for an appeal to the Supreme Court

Article 137 – Review of judgment or orders by the Supreme Court

Article 149 – Duties and Powers of CAG

Article 161 – Pardoning powers of the Governor

Article 165 – Advocate–General of the State

Article 215 – High Courts to be a court of record

Article 243B – Constitution of Panchayats

PART 14 SERVICES UNDER CENTRE AND STATE

Article 324 – Superintendence, direction and control of Elections to be vested in an Election Commission

Article 325 – No person to be ineligible for inclusion in or to claim to be included in a special, electoral roll on grounds of religion, race, caste, or sex

Article 343 – Official languages of the Union

Article 351 – Directive for development of the Hindi languages

PART 20 AMANDMENT OF THE CONSTITUION

Article 368 – Powers of Parliaments to amend the constitution